For a Saskatoon nurse, making the decision to travel to Ukraine to deliver humanitarian aid and help train crews on the ground was not something she ever imagined doing, but Tanya Baran says it was an easy decision to make.

“It seemed like a no-brainer to pack up. I speak the language and I have the ability so I felt it was important for me to go,”

“I never thought in a million years that I would be heading to Ukraine to go into a war zone. Something I don’t think anyone would be heading into, but also there were many moments, surreal moments where I was like 'Is this real, is this happening?'” Tanya Baran told CTV News.

Baran, a registered nurse at Royal University Hospital, made the trip to Ukraine from Saskatoon in May, spending about 20 days there. She says she didn’t tell too many people she was going because she didn’t want family and friends to worry since she was travelling into a battle zone.

“We were close to some shelling, and we were able to provide some first aid and care and help with some evacuation with military medics and civilians,” Baran says.

She can’t say exactly where she went because some are tactical areas and she doesn’t want to jeopardize the mission of Ukrainian troops there. She was stationed in Kyiv and traveled to the Donetsk Oblast which is a region experiencing a large degree of the fighting. 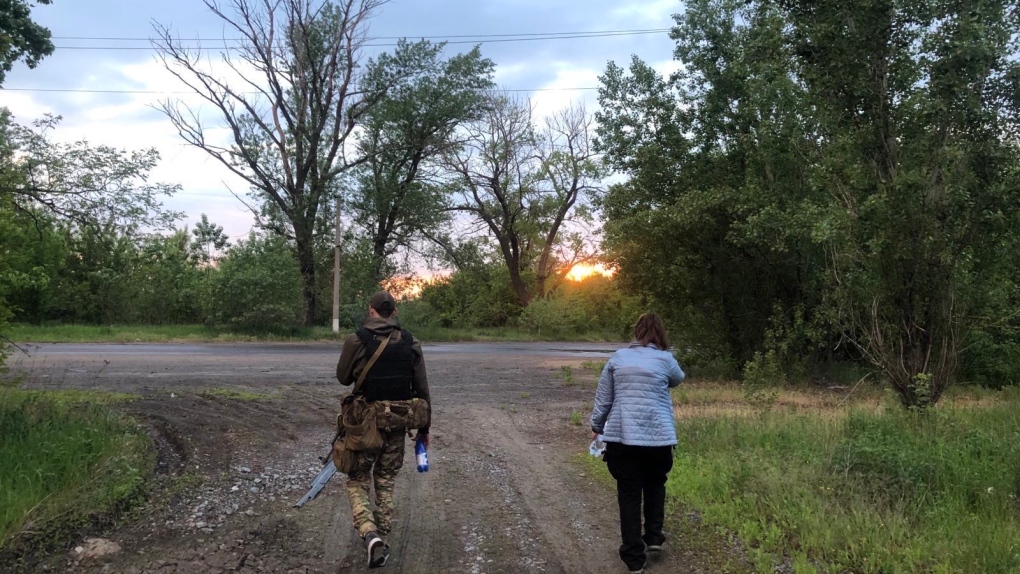 “We were in the east and about 40 kilometres from the front lines. There was shelling very close by, and we had to take a detour,” she said.

Baran is part of Ukrainian Patriot - an organization started this spring by Lana Niland, a woman originally from Saskatoon who lives in Ukraine. Ukrainian Patriot is a group of Ukrainians & internationals working to aid volunteers defending Ukraine and those civilians caught in the crossfire.

Baran wanted to pitch in and help the effort which is close to her heart as a third-generation Ukrainian in Canada. She had followed Niland’s Journey on social media when the Russian invasion started and once Ukrainian Patriot got off the ground, she began communicating with the team from around the world that was quickly assembling.

“It was made over a couple phone calls in communication with Lana. Within 24 to 48 hours, a decision was made for me to go,” she said.

Baran communicated with Niland who is working closely with troops and first responders to find out what the needs were.

“I was able to get a general idea of the basic medical needs at the front and that eventually evolved into 'why don’t I hop on a plane?'"

With three suitcases full of aid, she left Saskatoon to make the deliveries to the front lines, like medical supplies, medication and military equipment. As a nurse she also helped train international medical volunteers in field hospitals.

Baran saw firsthand that the war is still happening and says people are still sacrificing everything for their freedom and to preserve their culture.

Ukrainian Patriot is run solely by volunteers from and collects money to support Ukrainians fighting the Russian invasion. Daria Malin is also in Saskatoon and is one of the co-founders of the group. 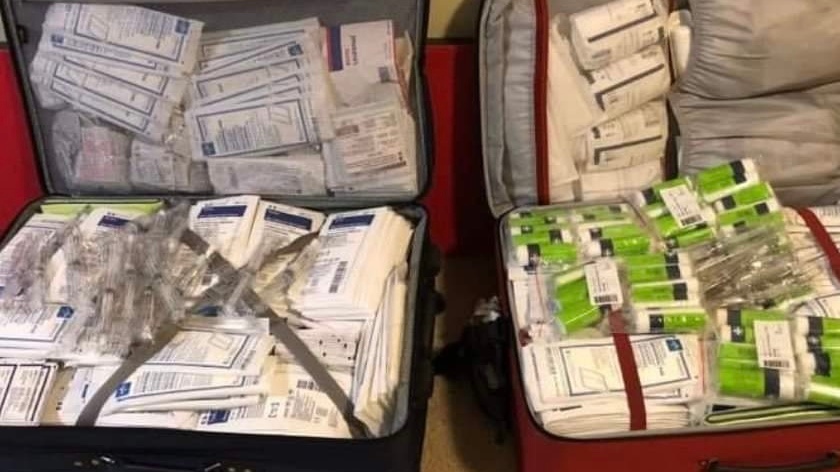 She said there are eight other co-founders across the world who are working with Niland to ensure aid gets to the places it is needed in Ukraine in addition to dozens more helping in various ways.

"We just see that we can’t stop the fighting, but we can do something. We can get support, we can get people there to help and we can tell the world what’s going on,” Malin told CTV News.

Since the invasion of Ukraine started in February, Malin says the organization has provided hundreds of meals, medical supplies, dozens of tactical vests, four generators, and 2-way radios to those who need them. Also, creating a animal shelter in the Kyiv region for abandoned dogs and purcahsing two vehicles.

One group in Canada even gathered over 500 pairs of underwear for Ukrainian Patriot to deliver which Malin says, are a vital piece of clothing for soldiers and are often overlooked.

Despite the dangers of being in a war zone, and constantly hearing air raid sirens while there, Baran says, she would go back to help those in her ancestral homeland and has plans the works to return.

“In every hotel or restaurant people would ask what I was doing there and where I was from. They were absolutely beyond grateful for the support that was coming to them,” she said.

Loretta Lynn, the Kentucky coal miner's daughter whose frank songs about life and love as a woman in Appalachia pulled her out of poverty and made her a pillar of country music, has died. She was 90.

'Disappeared without a trace': Kitchener family pleads for help after daughter goes missing in B.C.

Jaqueline McDermott, 22, from Kitchener has been reported missing in B.C., and her family is putting out a plea across the country for help.