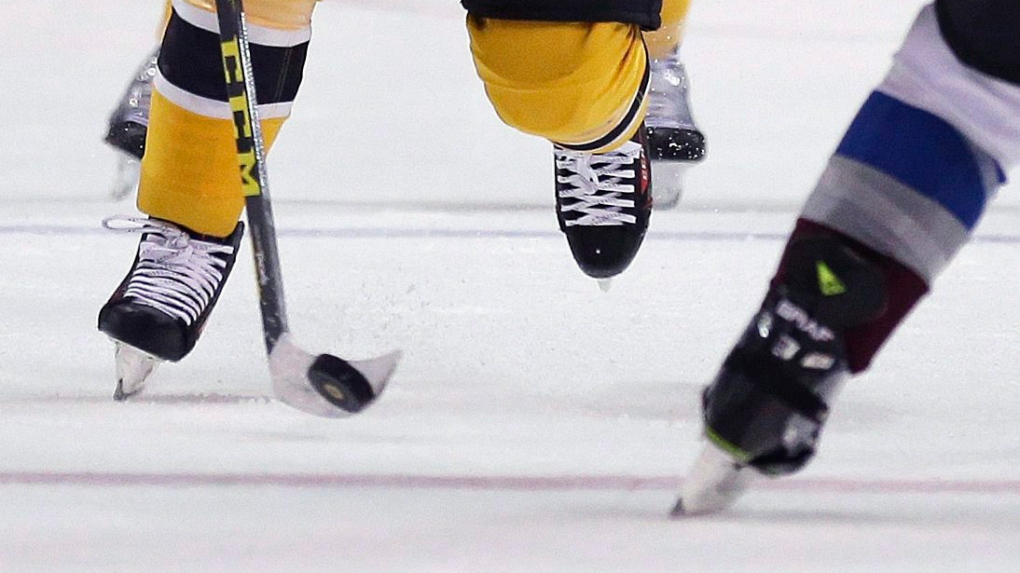 Saskatoon Minor Hockey Association has asked city hall for an exemption to its mask mandate for all users of city-run buildings, including hockey arenas.

According to the city’s general manager of community services Lynne Lacroix, masks are required for all activities other than when participating in swimming pools.

“Mask-wearing is indeed required in all public spaces including activity spaces such as arenas, weight rooms, and running tracks,” Lacroix said Monday during the city’s planning, development and community services meeting.

Kelly Boes, executive director of Saskatoon Minor Hockey asked for an exemption citing challenges and potential for injury if hockey players are forced to wear masks while practicing and playing on the ice.

“I see potential concerns including blindspots created by a mask especially when looking down at your feet or in the crease area. An extra second looking for a puck while trying to make a play will make players much more vulnerable and not aware of another player coming.”

Mayor Charlie Clark told the committee he would like to hear from the provincial government and the public health team about how and where to mandate masks to curb the spread of COVID-19 in Saskatoon.

Clark noted that with more than 1,000 active cases of COVID-19 in Saskatoon, the city has the highest concentration per capita of active cases.

“We’ll do our best but I still think a provincial framework would be an easy way for all of these sports agencies to ensure they are safe and can continue,” Clark said.

Boes’ request for an exemption for players to be maskless while practicing and playing on the ice has been referred to city administration for future reporting.

Boes notes how the cities of Prince Albert and Regina do not have mask mandates for minor hockey teams when playing on the ice.

The Canadian government has quietly lifted its advisory against non-essential international travel, marking the first time since March 2020 that the notice has been lifted. 'Be aware that although you are better protected against serious illness if you are vaccinated, you may still be at risk of infection from the virus that causes COVID-19,' the updated advisory states.

Authorities are investigating after confirming that a prop firearm discharged by actor Alec Baldwin, while producing and starring in a Western movie, killed the cinematographer and wounded the director.

The search resumes for unmarked graves, Canada quietly updates travel advisories, and new pandemic benefits are on the way. Here's what you need to know to start your day.

A search prompted by ground-penetrating radar is resuming again on land in Edmonton that houses a former hospital where Indigenous patients suffered abuse.

Canadian Blood Services is working to update rules about who can donate and plans to submit a request to Health Canada later this year to abandon time-based requirements for gay and bisexual men.

Edward Rogers is out as board chair of Rogers Communications Inc., a move that comes as the latest development in a boardroom drama that has prompted the departure of a senior executive and the launch of an executive oversight committee.

Skyrocketing propane prices could mean trouble for some Canadians this winter

Canadian propane prices are skyrocketing alongside natural gas due, in large part, to growing demand from overseas markets, a price surge analysts say will have a big impact on rural Canadians this winter.