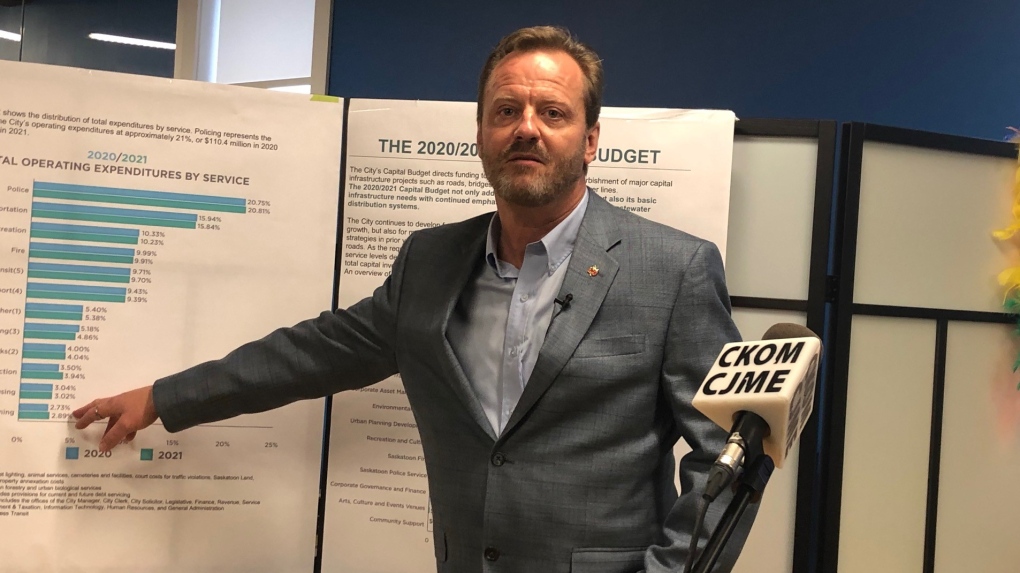 SASKATOON -- A Saskatoon mayoral candidate says there needs to be a shift in priorities when it comes to city budgets, focusing less on new, big-ticket projects, and focusing more on community supports.

“If we put more people in homes and have less people who are homeless and you give people a better outlook in life, better housing, we’ll have less social issues,” Cary Tarasoff said.

On Wednesday, the mayoral candidate said if elected to office Nov. 9, he would make affordable housing and investments into community support programs a priority over new projects such as the new central library.

Pointing to the city’s 2020-2021 capital budget, Tarasoff pointed out the priorities of the current City Council.

“That is where we should be focusing our efforts,” Tarasoff said pointing to the community support budget sitting at $100,000.

“Not at this huge number here,” he said pointing to the $132 million line item for the new central library. “This serves very few people, when all the complaints are happening because of what’s taking place down here.”

Pointing to the city’s affordable housing strategy, Tarasoff said since 2017 the city has failed to meet the goal of 500 new attainable housing units per year. Information provided by Tarasoff showed the city built 377 attainable units in 2017, 142 in 2018 and 145 in 2019.

“They failed because they didn’t have the support to achieve it,” he said.

If elected to the mayor’s office, Tarasoff said he would push to achieve the attainable housing targets by focusing on investments into urban planning and infill development.

“It doesn’t have to be massive budgets, it's just about a shift in thinking,” Tarasoff said. “Budgets will come, it’s getting people to believe there's a significant reason to find that money.”