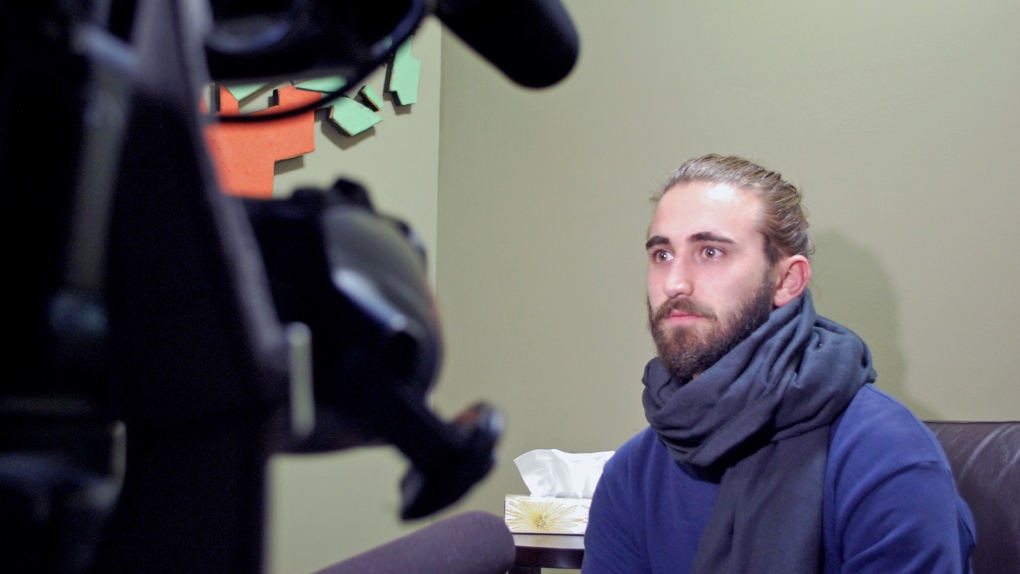 Matthew Grella speaks with CTV News in Saskatoon. The 27-year-old was visiting Paris last week and returned home Tuesday. He spent Friday night contacting friends in the French capital to ensure they were safe after a series of terrorist attacks. (Kevin Menz/CTV Saskatoon)

The 27-year-old Saskatoon man was in Paris last week and, just four days ago, was out with friends at the same two restaurants attacked by shooters late Friday night in a series of coordinated terrorist attacks.

“What if it had happened earlier? What if I had stayed later?” he told CTV News.

Grella spent four months in Paris over the summer and recently returned for a one-week visit. He flew back to Saskatoon on Tuesday.

He spent all night Friday contacting friends in the French capital to make sure they were safe.

Everyone he knows is okay, but he’s still shaken up by the events and his thoughts are with all the victims.

“It’s almost surreal that I was in that exact same spot four days ago,” Grella said of the shootings at Le Carillon and Le Petit Cambodge restaurants. At least 11 people were killed there, according to police.

“It’s really unsettling to think this massive attack has happened in places I often frequent when I’m in Paris.”

The terror began around 9:45 p.m. Paris local time. Within minutes, there was a mass shooting outside the restaurants, explosions outside a soccer stadium where French President Francois Hollande was in attendance, and shootings and hostage-takings at Bataclan concert hall.

At least 120 people were killed in the attacks, and at least 100 were killed at the Bataclan concert venue alone, according to police.

All the attackers are believed to be dead.

Paris Prosecutor Francois Molins said the attacks involved six different sites across the city and that five attackers may have been killed in total.

Grella is having trouble watching the story update.

“It’s like I can’t watch the news anymore. It just keeps getting worse,” he said.

He was greatly shaken up when he first heard of the attacks.

“I was shocked. I was speechless. It was this nightmare, I guess, that was sort of playing through my mind. I didn’t even know what was happening. One of my friends in Paris messaged me and informed me about what was going on.”

He’s struggling to comprehend what happened.

--- with files from CTVNews.ca