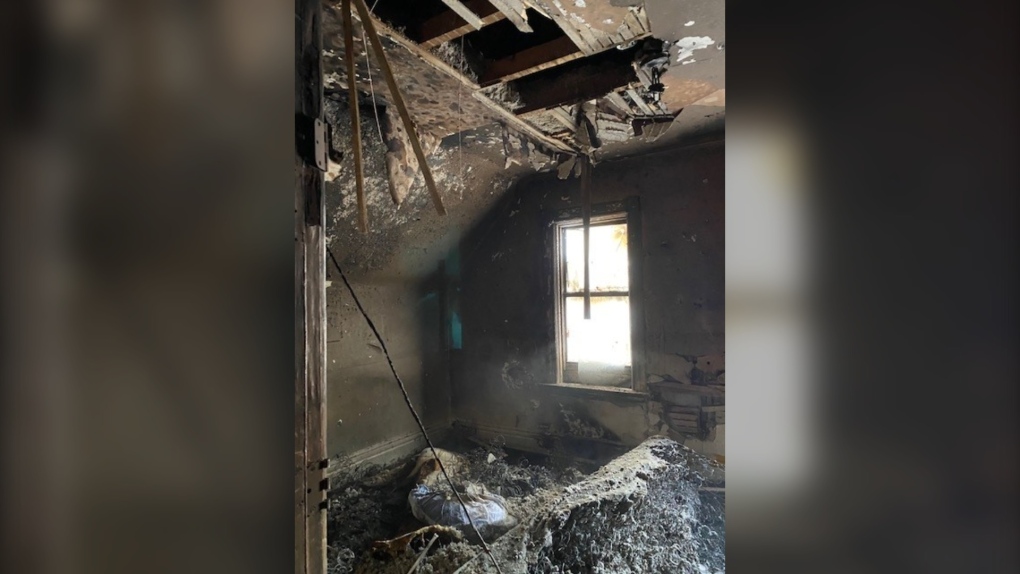 An investigator from the Saskatoon Fire Department says a mattress fire on the second floor of an abandoned house on Monday morning caused about $20,000 damage.

An investigator from the Saskatoon Fire Department says a mattress fire on the second floor of an abandoned house on Monday morning caused about $20,000 damage.

Firefighters were called to the 100 block of Avenue F South just after 5:30 a.m., according to a news release.

Crews could see smoke through an upper-floor window when they arrived. They broke through the front door and discovered the fire in an upstairs bedroom. Utilities had been shut down before firefighters arrived, the city said.

The blaze was under control within about 30 minutes, according to the city

The house had been vacated about 10 days before the fire, and an investigator found evidence that someone had removed a board from a window and entered the vacant property.

The property has been turned over to its owner, the city said.

A suicide bomber who killed 101 people at a mosque in northwest Pakistan this week had disguised himself in a police uniform and did not raise suspicion among guards, the provincial police chief said on Thursday.

Top European Union officials arrived in Kyiv on Thursday for talks with Ukrainian officials as rescue crews dug through the rubble of an apartment building in eastern Ukraine struck by a Russian missile, killing at least three people and wounding about 20 others.

In Washington progress on police brutality appears difficult, if not unlikely. Bipartisan efforts to reach an agreement on policing legislation stalled more than a year ago, and President Joe Biden ended up instead signing an executive order named for George Floyd, whose murder at the hands of Minneapolis police set off nationwide protests nearly three years ago.