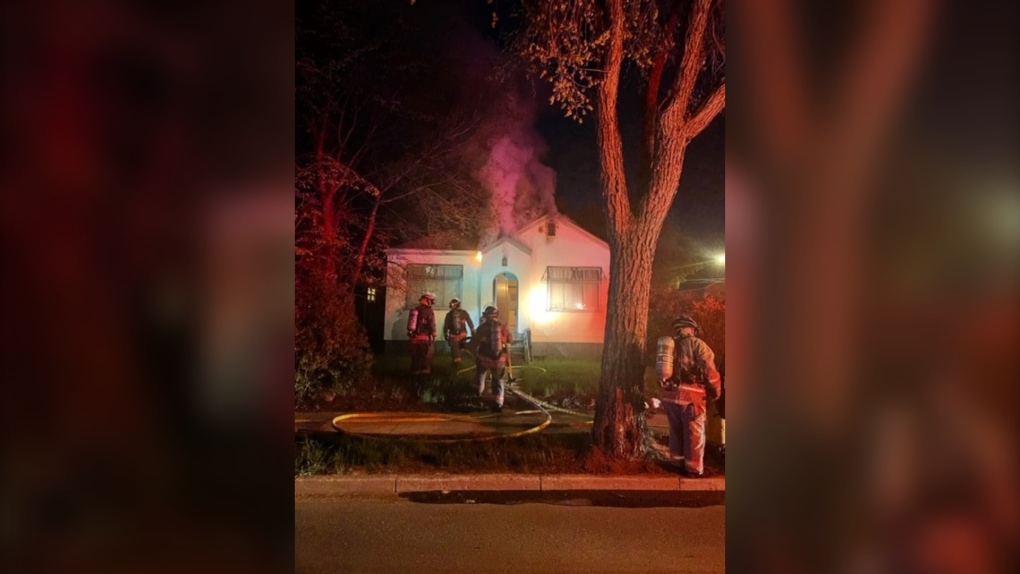 The careless disposal of "smoking material" on the front step caused a house fire in the 200 Block of Clarence Avenue South on Tuesday night. (Saskatoon Fire Department)

The careless disposal of "smoking material" on the front step caused a house fire in the 200 Block of Clarence Avenue South on Tuesday night, Saskatoon Fire Department says.

Upon arrival, fire crews began extinguishing the fire from the exterior and the interior and checked the attic for fire, according to a news release.

Heat was also identified in the exterior walls behind the stucco. Fire crews cut the stucco and cooled the area.

No one was hurt and the fire is not believed to be criminal in nature, police say.

It's been 25 years since Saskatchewan's last residential school closed, but some are still healing.

Canada Day has kicked off the unofficial start of summer, and the tourism sector is hopeful the first season in three years largely free of COVID-19 restrictions will marshal a much-needed boost for a pandemic-stricken industry.

When Dan Fine returned from his first trip volunteering at animal shelters on the Polish-Ukrainian border in late April, he immediately felt compelled to return to continue helping pets that have been left behind in the war.

'We have to build bridges': Canadian singer Chantal Kreviazuk on Ukraine, reconciliation

Moving toward reconciliation doesn't come from jumping 'the queue to perfection,' but by building bridges and trusting one another, Canadian singer-songwriter Chantal Kreviazuk told CTV News Channel during Canada Day celebrations in Ottawa on Friday.

In the wake of last year’s discoveries of unmarked graves at residential schools and the prominent displays of the Canadian flag during 'Freedom Convoy' protests, some Canadians are re-evaluating the meaning of the national symbol.

'Not going to happen in our lifetime': First-time homebuyers share their struggles with purchasing a home

A recent survey shows nearly 50 per cent of Canadians who rent expect to do so forever. As rising interest and inflation rates contribute to a sense of pessimism among first-time homebuyers in Canada, some are sharing their struggles with purchasing their first house.