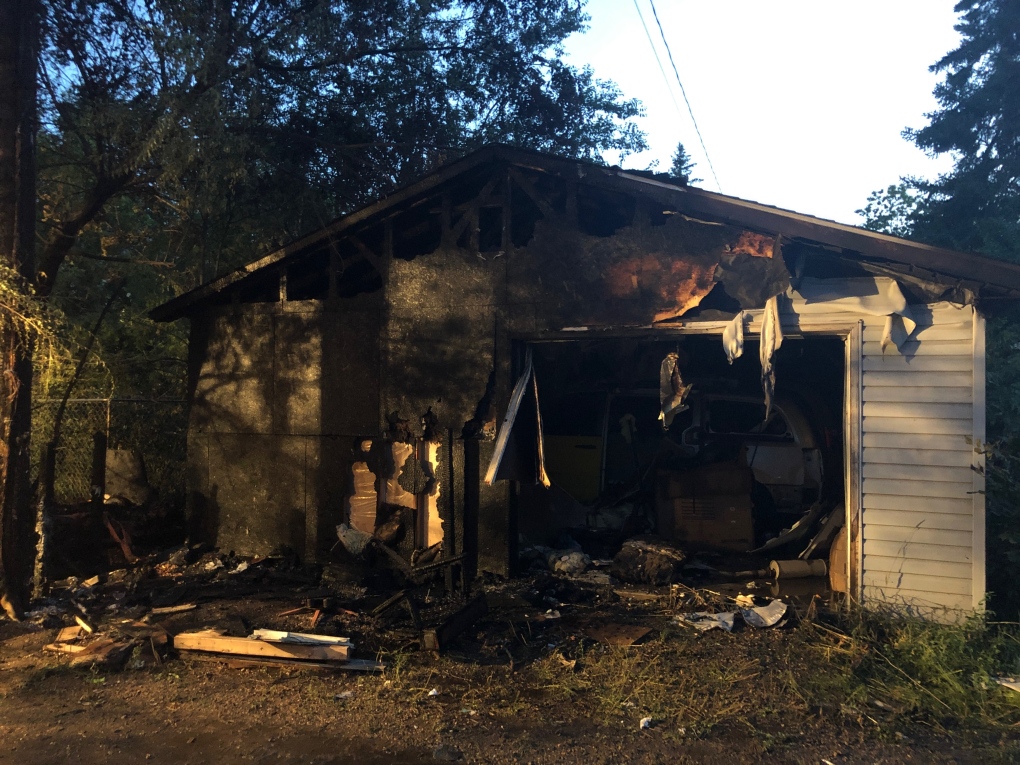 A garage was gutted by fire on Aug. 1 in the 200 block of Avenue G South. Submitted by the Saskatoon Fire Department

SASKATOON -- A Saturday evening fire that destroyed a garage in Saskatoon was purposely set, according to the fire department.

On Aug. 1 at around 8 p.m. the Saskatoon Fire Department received a 911 call reporting a detached residential garage on fire in the 200 block of Avenue G South.

Arriving on scene in about two minutes, fire crews located a garage engulfed in flames, the department said in a news release. The fire extended to a neighbouring fence, but was quickly brought under control.

The fire department said no one was inside the garage at the time of the fire. An investigator determined the fire was intentionally set and has estimated the damage at approximately $30,000