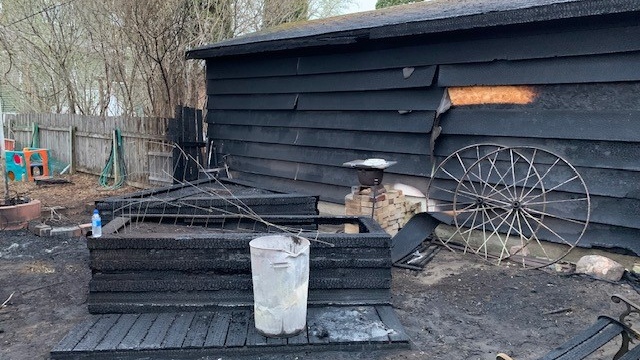 Just after 3 a.m., the fire department received a 911 call of a garage fire in the 600 block of Avenue K South. Three engines and a ladder truck were sent to the scene.

When firefighters arrived, the garage was fully engulfed in flames. No one was inside the garage or harmed in the fire, according to a news release from the department.

It was brought under control in under 15 minutes.

Firefighters continued to attack hotspots and declared the fire fully extinguished at 4:15 a.m. A fire investigator determined the cause of the fire was suspicious, SFD said.

Police were called to the scene for further investigation. Damage is estimated at $30,000.