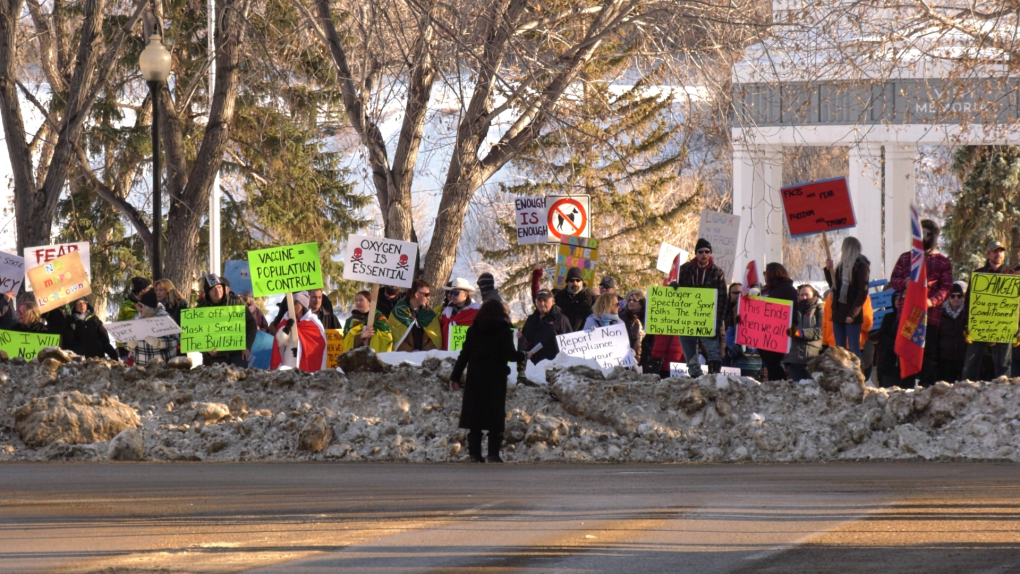 Kiwanis Park filled up Dec. 5, 2020 with demonstrators of people holding signs and chanting in protest of the government’s handling of the pandemic. (Andrew Mareschal/CTV Saskatoon)

SASKATOON -- Kiwanis Park filled up Saturday afternoon with hundreds of demonstrators holding signs and chanting in protest of the government’s handling of the pandemic.

According to an event flyer it was a “freedom rally” that began in Davidson around noon and ended at the Vimy Memorial in Kiwanis Park at 2 p.m. for speeches and then a march.

The protesters could be seen marching north across Victoria Bridge, blocking traffic as they crossed.

Many of the protesters were holding signs, some of which read “oxygen is essential” and “No Moe lockdown.”

The event flyer says the rally was to “demand an open and honest debate” and “demand the Government respect our constitutional rights.”

A previous version of this story included an imprecise estimate of the number of people who attended this event. Our story has been adjusted to more accurately reflect the size of Saturday's rally.