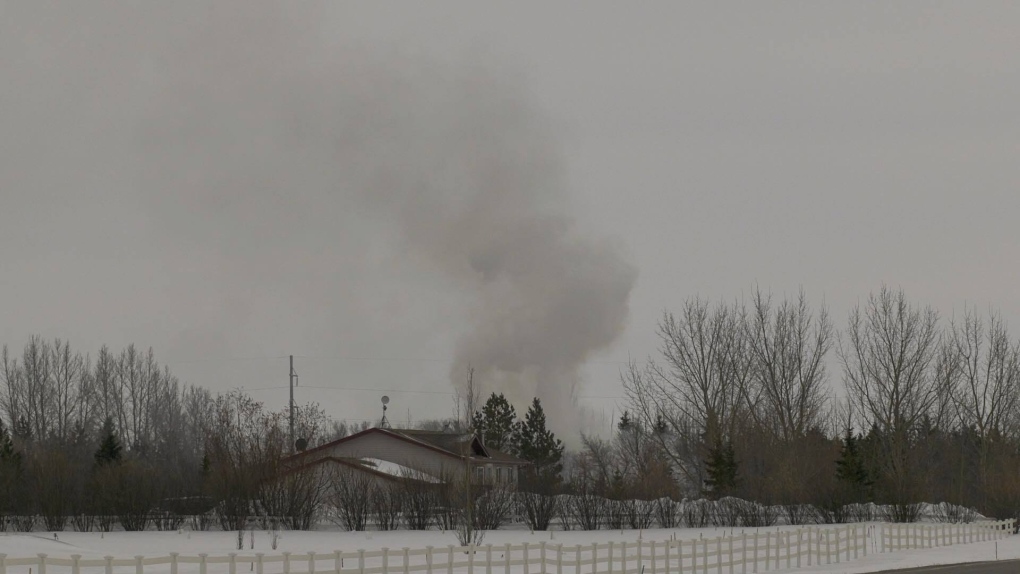 Several fire crews were on scene at a structure fire in Corman Park on Dalmey Road shortly after 1 p.m. Monday. (Chad Leroux/CTV Saskatoon)

SASKATOON -- Several fire crews were on scene at a structure fire in Corman Park on Dalmeny Road shortly after 1 p.m. Monday.

Three fire engines, one rescue unit, one brush truck, one tanker and the Battalion Chief were on scene along side police and RCMP as the pillar of smoke could be seen well in the distance.

Upon arrival crews reported a garage fully engulfed in flames that were encroaching onto the attached house.

Two occupants of the home were transported to hospital with minor injuries.

A dog died in the fire but a cat was resuscitated with the use of the rescue unit’s pet mask.