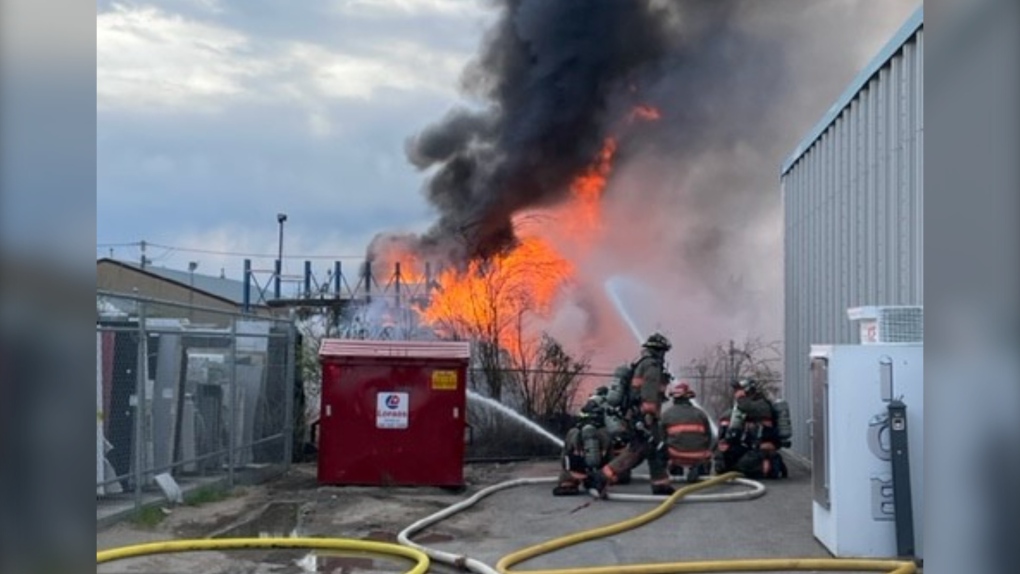 A fire outside a Saskatoon business sent plumes of smoke into the air Tuesday night that could be seen from several parts of the city.

Around 7:30 p.m., Saskatoon Fire Department (SFD) received multiple 911 calls reporting flames as high as nine metres behind a building in the 1900 block of Ontario Avenue, according to a news release.

Upon arrival, firefighters located the fire in the yard of a commercial business.

A "sea-can" shipping container with motorcycles, pallets and landscape fabric was burning.

The blaze originated with some pallets in the yard, according to the department. Its cause is undetermined.

The fire was responsible for an estimated $300,000 in damage, SFD said.

The Crown is seeking to revoke bail for Tamara Lich, a leader of the "Freedom Convoy," after she appeared alongside a fellow organizer in an alleged breach of her conditions.

The gunman who attacked an Independence Day parade in suburban Chicago fired more than 70 rounds with an AR-15-style gun that killed at least seven people, then evaded initial capture by dressing as a woman and blending into the fleeing crowd, police said Tuesday.

Dressed in Indigenous regalia, National Chief RoseAnne Archibald strode into the annual Assembly of First Nations gathering in Vancouver ahead of a group of chanting supporters on Tuesday. Just the day before, Archibald said she had been 'erased' from the agenda after her suspension in June. Instead, she led opening ceremonies and welcomed attendees in her opening address.

What we know about the Highland Park shooting suspect