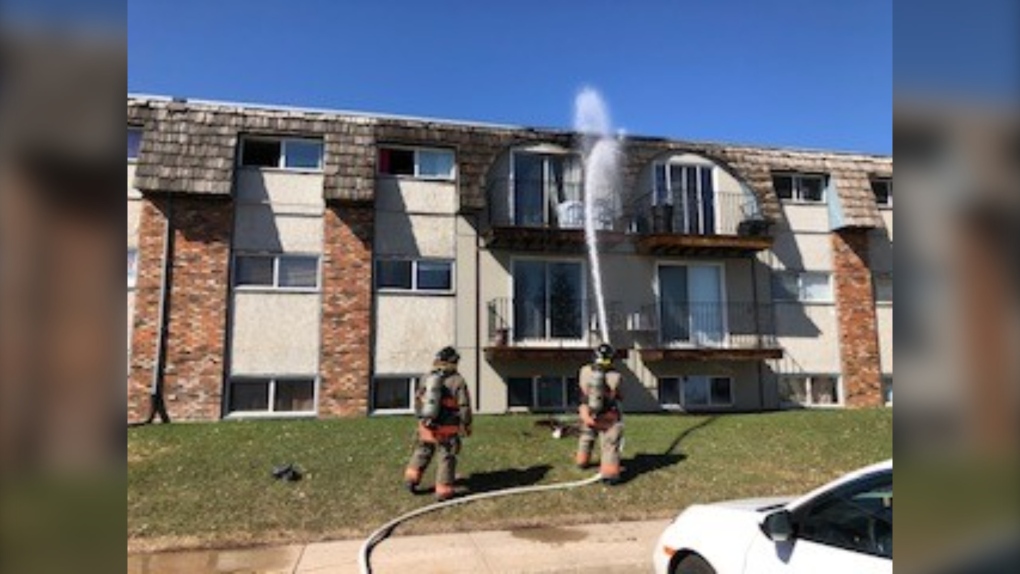 Fire crews began to put out the fire from the ground to stop it from spreading. (Saskatoon Fire Department)

SASKATOON -- The Saskatoon Fire Department (SFD) responded to a call at 11:20 a.m. from a person who noticed a fire on the outside of a building on the deck and roof.

Four engines, one rescue engine, one aerial unit and the battalion chief were dispatched to the building in the 3800 block of Chaben Place, according to a news release.

Fire crews began to put out the fire from the ground to stop it from spreading.

The incident commander gave fire crews exterior and interior tasks to put out the fire, the release said.

Fire damage was contained to a deck and the roof and was reported knocked down at 11:30 a.m. The fire investigator is conducing a scene examination and has yet to determine the cause, origin and damage estimate.

SFD is reporting no injuries to residents or firefighters.