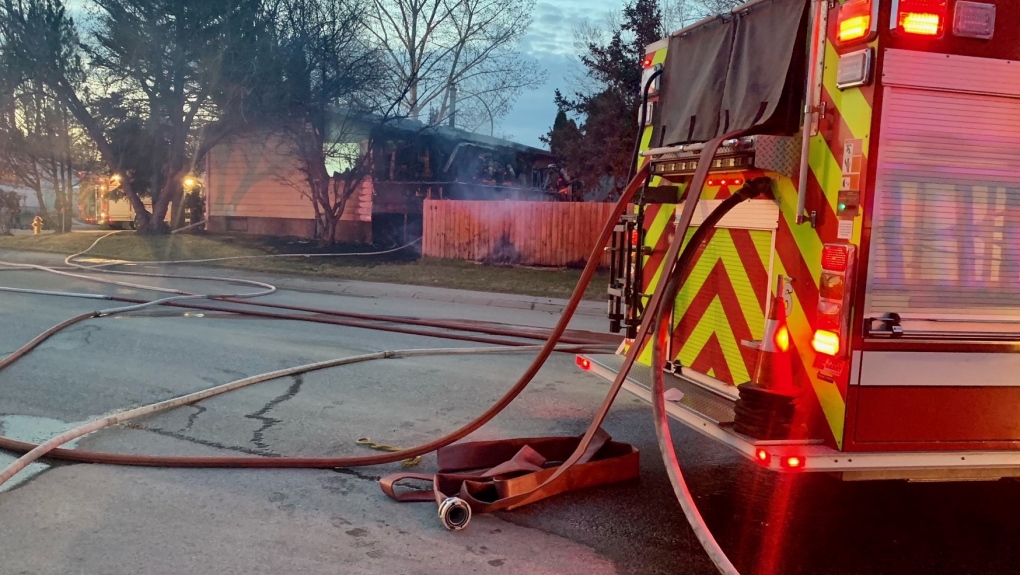 The Saskatoon Fire Department battled a fire at a home on Leland Place on Apr. 17. (Ryan Fletcher/CTV Saskatoon)

SASKATOON -- The Saskatoon Fire Department battled a fire at a home in the Wildwood neighbourhood Saturday night.

The fire department said it was reported occupants with disabilities were in the home unable to exit.

First arriving crews found a home engulfed in flames and found the occupants had already escaped.

A fire investigator is working to determine the cause and damage estimate.