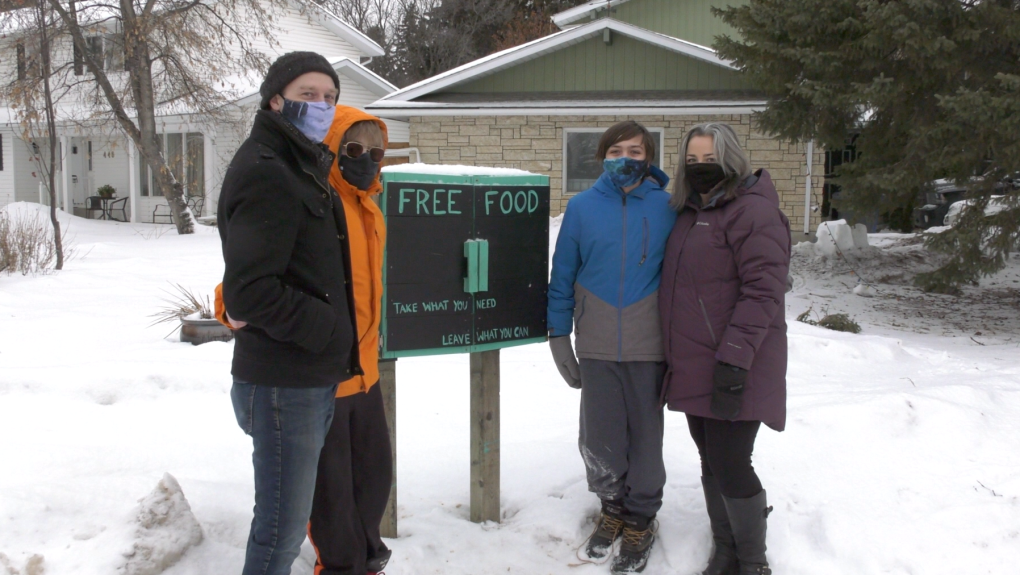 SASKATOON -- Two years ago the Dudiak family heard of a need in the community, and they decided to do what they could to be part of the solution.

“It was an issue brought up in our volunteer meeting that there is food security issues in our area. It was something that we tried to bring to the school, but due to liability and what not it wasn’t able to happen,” Joanne Dudiak told CTV News.

“Luckily we live across the street so we decided to have this made for our lawn.”

The Dudiaks constructed a donation box that allows the public to drop off or take food as needed.

There has been a steady stream of people donating or taking food from the box for the past two years, but it wasn’t until recently when things began to pick up.

“About two weeks ago is when I decided to make an Instagram page and a website, and one of my staff decided to share it to Facebook. It got a lot of attention from people outside of the community,” said Dudiak.

In the past two weeks, there have been more people dropping by the box, making the Dudiak family happy that they are able to help in their own way.

“I thought it was a really good idea and I thought it was really helpful for the community, people who can't afford food,” Joanne’s 12-year-old son Finnley Dudiak told CTV News. 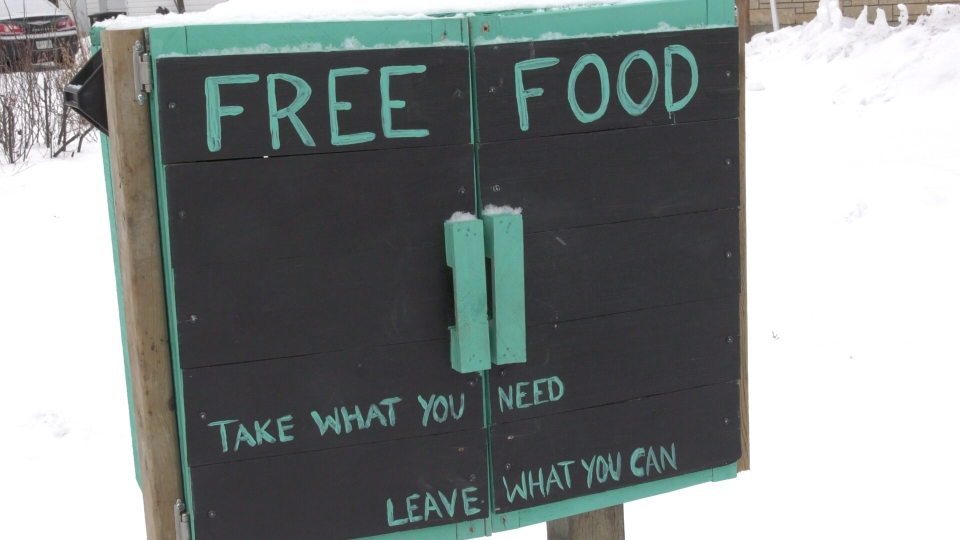 But the family hasn't stopped with the donation box. In the summer they have a garden set up on their lawn allowing people to come and pick fresh produce for free.

In addition, the family is also planning on hosting a yard sale on the May long weekend, where everything is free with a food donation.

Sherri Salzsauler, who lives across the road from the box and the family, says she has been a big supporter since it was put up and has been putting items in for years.

“I think it's wonderful, I really appreciate the people who put it up and I think it's really good for most of the people,” said Salzsauler.

“Because I’m across the street I look out the window and I do see people that need it and I appreciate what they do, and I need to start doing more.”

Rob Dudiak, Joanne’s husband, designed and constructed the box two years ago. He said that things have worked out well, but the box does need some work and he plans on not only making it bigger but potentially adding a spot for perishable items.

The donation box is located at the corner of 115th Street East and Forest Drive in the Forest Grove neighborhood. 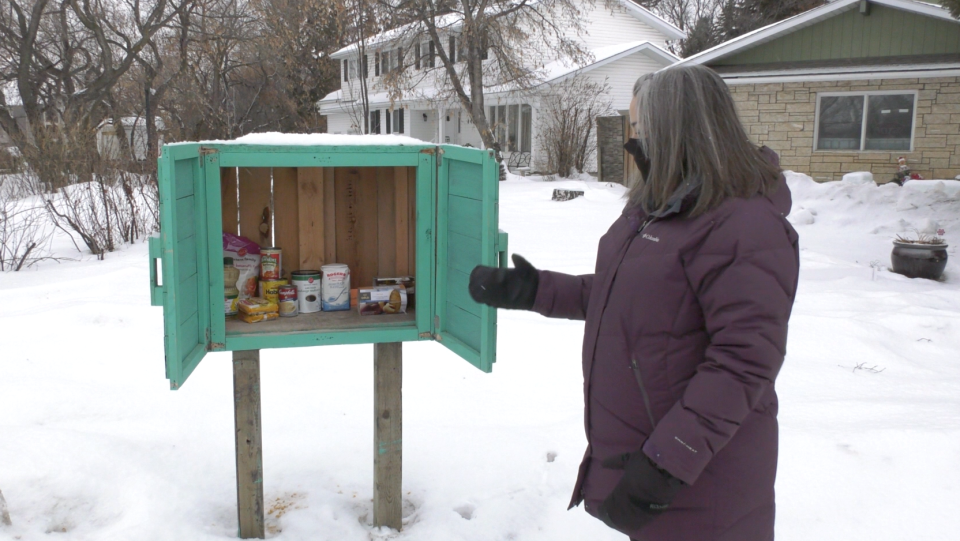