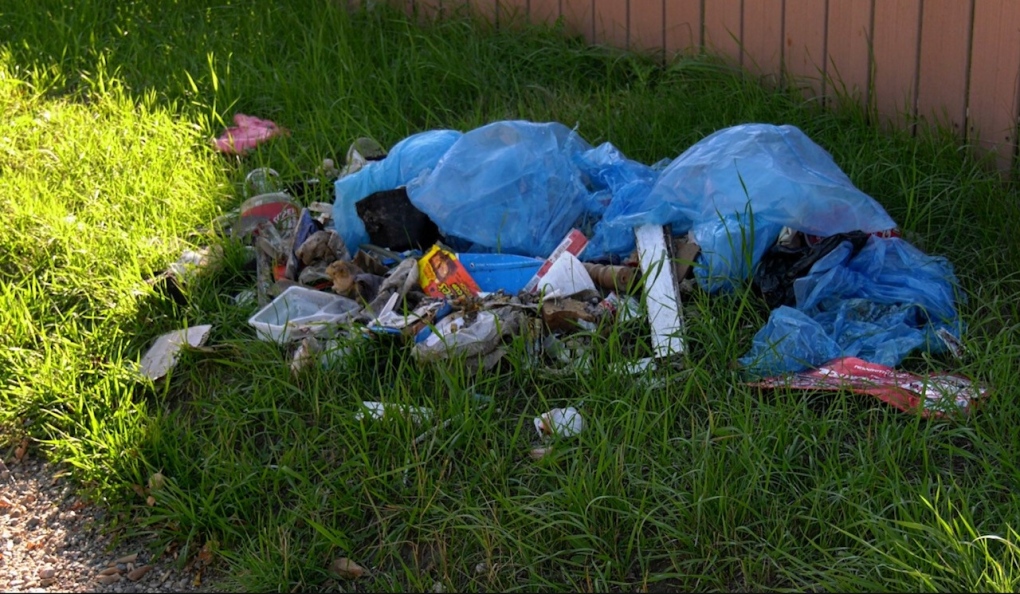 A picture of a garbage collecting on a property on Idylwyld North in Saskatoon. (Chad Hills/CTV Saskatoon)
SASKATOON -

A Saskatoon developer says City Hall should do a better job making sure main roadways are clean and welcoming to visitors.

Ken Achs, president and CEO of Mid-West Group, presented to the city’s planning committee on Monday.

“There are a lot of uncared-for properties on arterial roads,” Achs wrote.

“These arterial roads are not welcoming for visitors to our city.”

Achs said he isn’t sure how many resources the city has to inspect public and private properties to ensure they are following the Property Maintenance and Nuisance Abatement Bylaw.

“In general we have a beautiful city in a lot of areas but the ones that are most visible to the visitors are not particularly well kept,” Achs said.

“It does harm the city for the traffic that comes through its main arteries, it harms the business owners that are conscientious and take care of their properties.”

In response to Ach’s letter, the Saskatoon Fire Department did a proactive scan of the areas and found a mix of private and public properties weren’t adequately maintained, according to Assistant Fire Chief Yvonne Raymer.

According to the bylaw, grass and weeds need to be kept no higher than 20 centimetres and there must be no accumulation of garbage or debris on the property.

“Currently our capacity is complaint-driven and we do have a desire to turn this into a proactive approach and the feedback I did get is that these properties stuck out from the rest, and they were affecting the amenity of the neighbourhood,” Raymer told the committee.

Achs’ letter, which describes the properties as "very unsightly, " and presentation to the committee were received as information.

Much of the B.C.’s South Coast is under a heat warning with temperatures expected to soar.