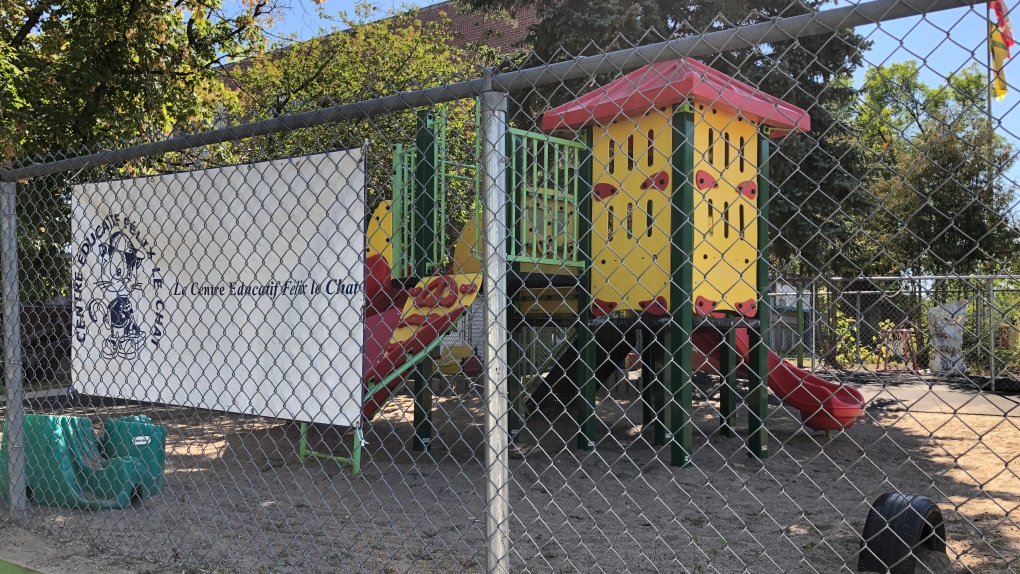 It was learned a person at Centre éducatif Félix le chat had tested positive for COVID-19 earlier this week. (Pat McKay/CTV News)

SASKATOON -- A Saskatoon daycare has been forced to close some of its operations temporarily due to a positive COVID-19 test.

Centre educative Felix le Chat confirmed to CTV News on Saturday morning that they will “not be able to offer daycare services for all groups” after a positive case of COVID-19 at the centre on Wednesday evening.

In a release, the centre says many of their educators were required by Public Health to self-isolate until the end of September 18, and they “will not be able to adequately staff” all of their rooms.

“Because of a lack of staffing next week, which will prevent us from maintaining the worker to child ratios mandated by the Ministry of Education-Early Years Branch, we will not be able to offer daycare services for all the groups at the Centre Éducatif Félix the Chat,” the centre said in a release.

The centre says they will be able to open three of their rooms, and those picked were “influenced by the fact that the children in these classes are already familiar with at least one of the available staff members”.

“The Centre Éducatif Félix le Chat hopes to see all of our families on Monday, September 21st when the Centre reopens fully,” the release said.