Saskatoon cyclists shouldn’t be forced to use bike lanes: report 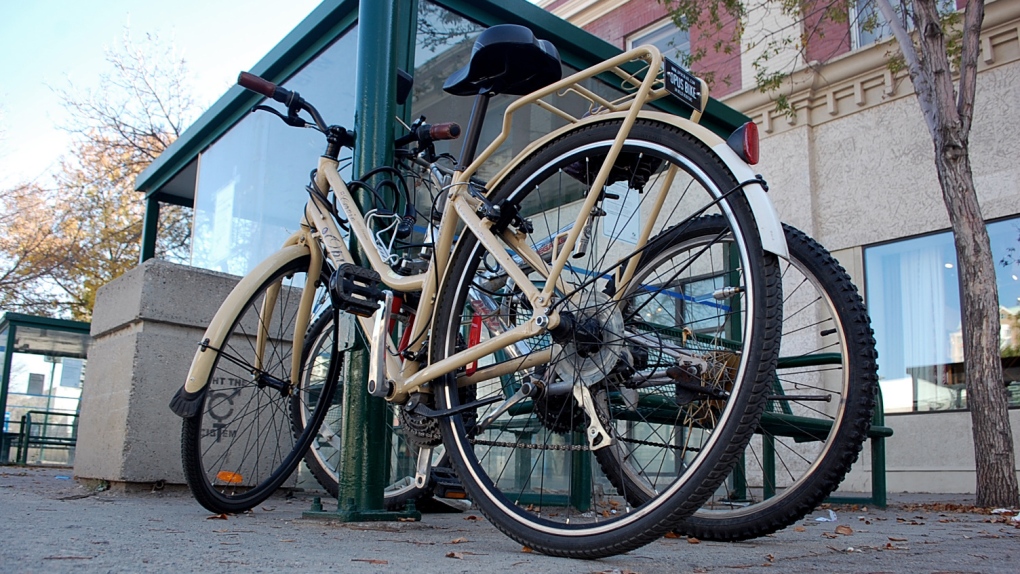 Two bikes sit locked at the Saskatoon Transit bus mall Sept. 25, 2014. Bus drivers have been locked out by the city since Sept. 20, forcing many Saskatoon residents to bike or walk.

SASKATOON -- Cyclists won't have to stick to bike lanes if they're comfortable travelling in traffic, if City Council adopts an administration recommendation.

“The above recommendation was provided primarily in consideration for people cycling who are comfortable riding with traffic and are able to sustain higher travel speeds may choose to ride in the traffic lanes with motor vehicles,” reads an administration report.

The proposed change initially came to council in November as part of several recommended amendments to the bike bylaw.

However, councillors wanted administration to report back on the current section of the bylaw that says cyclists must use bike lanes where they are located.

Council did approve other amendments to the cycling bylaw, which required drivers to leave a one-metre buffer when overtaking a cyclist on a two-way, single lane street. Cyclists would also have to leave one meter of space when overtaking pedestrians.

Administration is also recommending that children under the age of 14 be permitted to cycle on sidewalks.

Before council votes on the recommended changes, the report will first be tabled at the next Transportation Committee meeting on Monday at City Hall.