A Saskatoon couple is turning their “pipe dream” into a reality by refurbishing a 2002 bluebird bus into a portable living home to travel.

“We got together and both had the same dream, the same goal, we decided ‘why not?’ so we bought the bus and then started,” Shanny Kirby told CTV News.

Kirby’s partner Karlen Janvier says he was inspired by a 2017 Netflix documentary “Expedition Happiness” which features a couple's adventures travelling in a refurbished bus and always knew he was going to do it “at some point.”

The couple purchased the bus in December 2020 for $5,250 and have been working towards finishing it by September to avoid driving on winter roads.

“We had to tear out all the seats, the flooring, the panelling, the side panelling, cutting wires, capping wires, that was a huge process,” Kirby explained.

The bus has flooring, insulation and electrical wiring but there’s much more that needs to be done. They plan on installing a composting toilet, solar panels, tiling, carpentry and an outdoor shower off the back of the bus.

Regardless of the work ahead, the couple says it feels “amazing” to see the progress that’s been made. 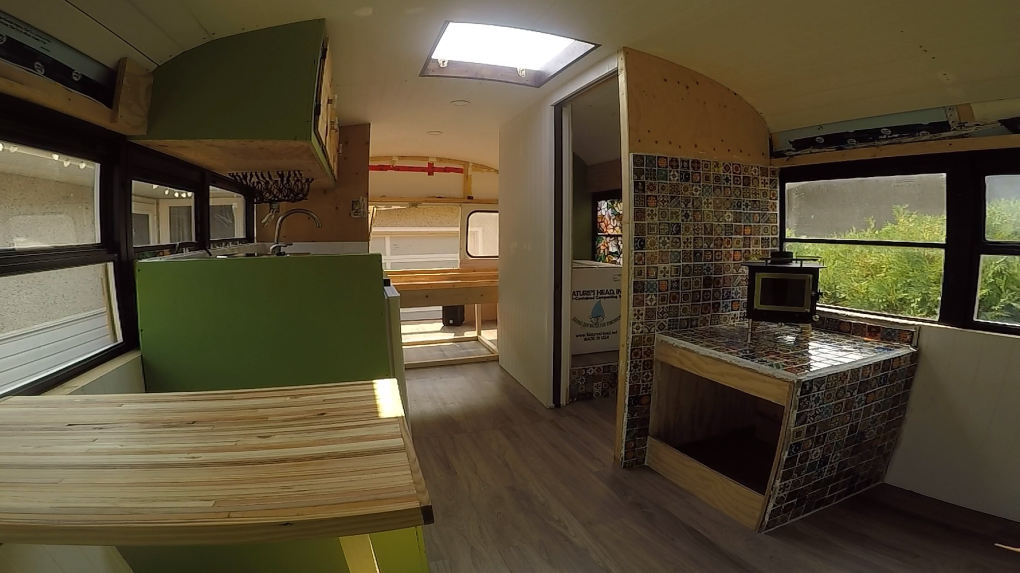 “Just last night Shanny was painting the cupboards and this morning we were looking at it and we were like ‘wow, we’re doing this and it’s looking beautiful,’” Janvier said.

To keep track of their progress and to share their adventures, the couple started an Instagram account for their bus dubbed “The Muss Buss” which already has more than 1,300 followers.

Kirby and Janvier will also be bringing their two dogs with them for the adventure. Their first stop will be in Vancouver Island and with plans to head to South America during the winter.