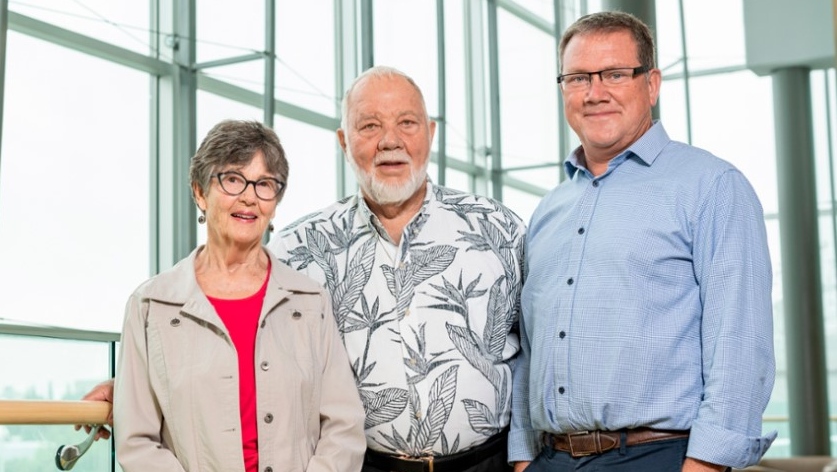 A Saskatoon couple, Malcolm and Marilyn Leggett, donated $1 million to VIDO (Vaccine and Infectious Diseases Organization) at the University of Saskatchewan to advance its research on infectious diseases including COVID-19.

The University of Saskatchewan made the announcement on Aug. 27.

Since the COVID-19 pandemic hit Canada in early 2020, VIDO has been part of a global effort to develop a COVID-19 vaccine.

In April’s federal budget, Ottawa earmarked $59.2 million for VIDO, whose vaccine was began clinical human trials as of February 2021. According to the U of S the lab’s vaccine candidate was administered to 108 volunteers at the Canadian Centre for Vaccinology in Halifax.

The lab's COVAC-2 candidate is a "sub-unit" vaccine that relies on purified viral proteins and would not require the ultra-cold storage of the mRNA-based Pfizer BioNTech vaccine, according to the U of S. It is created using the same technique as vaccines commonly given to prevent diphtheria and whooping cough.

“I think this is far bigger than one vaccine,” said Malcolm Leggett in a news release. “This is a whole different category on its own. It’s got the potential to be so rewarding. I don’t really think we can visualize what the potential is for something like VIDO.”

Malcolm is the co-founder of NSC Minerals, a Saskatoon-based provider of salt for de-icing, industrial and agricultural applications, which was started in 1988 and serves Western Canada and the western United States, according to a news release. Marilyn is a former teacher for Saskatoon Public Schools.

“We greatly appreciate this extraordinary donation from Marilyn and Malcolm,” said Dr. Volker Gerdts, VIDO director and CEO. “Knowing we have this level of support from leaders in our community is critical to our organization and our vision for the future.”

With support from the Leggetts, other private donors and all levels of government, Canada’s Centre for Pandemic Research will soon be established at VIDO, according to the U of S.

This expansion to VIDO’s capacity is expected to be completed over the next three years.

The U.S. is tracking a suspected Chinese surveillance balloon that has been spotted over U.S. airspace for a couple days, but the Pentagon decided not to shoot it down due to risks of harm for people on the ground, officials said Thursday.

The 100 most romantic restaurants for 2023, according OpenTable

As the most romantic day of the year approaches, Canada's 100 most romantic restaurants for 2023 have been revealed for those who might consider booking a table for Valentine's Day dinner.