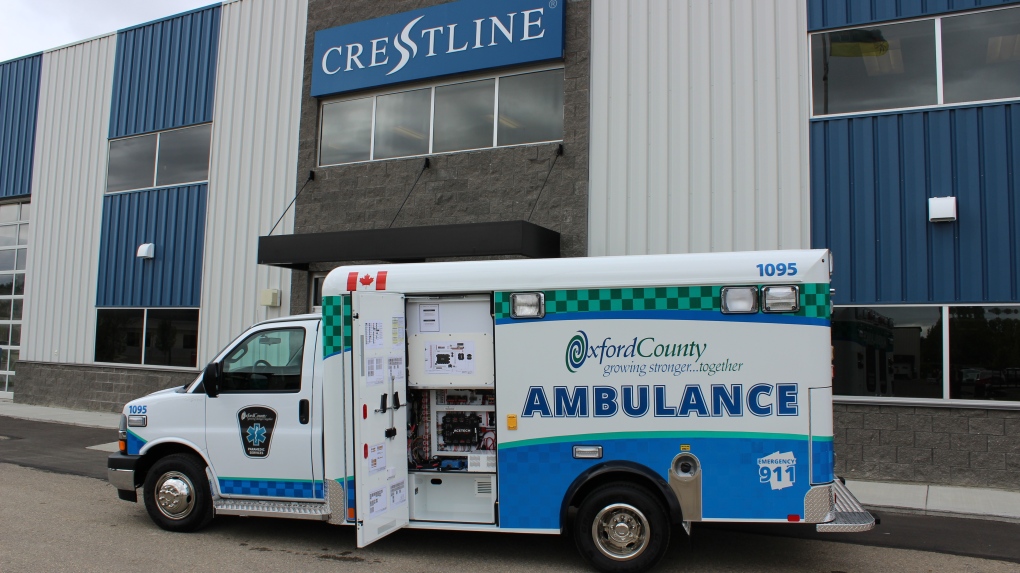 Canada officially has its first hybrid ambulance -- and it was manufactured in Saskatoon.

The ambulance was made by Saskatoon-based company Crestline Coach, which manufactures ambulances and specialty vehicles.

The ambulance has a built-in mechanism that stops excessive idling while on scene.

The roof of the ambulance also has built-in solar panels to increase power to onboard equipment and batteries.

Scott Sawatsky, VP of sales and marketing for Crestline Coach, said the ambulance reflects a push for more environmentally-friendly technology.

"So, we really like to be on that leading edge and driving that forward."

Despite the new technology, Sawatsky said the hybrid ambulance will include the same safety standards as previous ambulances.

"The best thing about this hybrid ambulance is that patients really won't notice the difference, and that's probably in this case a good thing," Sawatsky said.

"Patients can know that it's a safe, reliable solution, enough that we've decided to incorporate it into the ambulance and E.M.S. environment."

Sawatsky said hybrid ambulances will help cut down on maintenance and fuel costs, as well as reduce emissions

"We're ready for these changes in the E.M.S. industry and it's good to see it coming about," Sawatsky added.

Along with building the first hybrid ambulance in Canada, Crestline Coach also builds ambulances and specialty vehicles for 32 other countries.