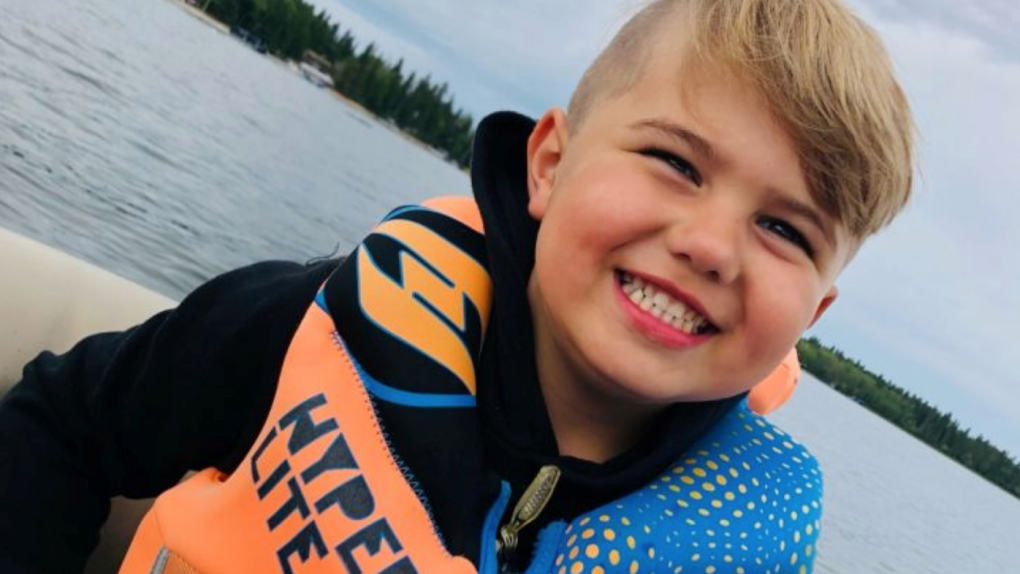 SASKATOON -- The city is rallying around a Saskatoon family whose son has been diagnosed with an exceedingly rare pediatric brain tumor called Diffuse Intrinsic Pontine Glioma (DIPG), which has no cure.

Since his diagnosis, his parents Manny and Larisa Reis have taken immediate leave from their jobs in order to support Jett during his care and treatment. The Reis family also has four other children.

Wanting to help support the Reis family, the siblings of Jett’s parents set up a GoFundMe page called “Jett Reis the Warrior Fund.”

“What you think is just going to be a checkup turns into this devastating diagnosis.”

Spott says that clinical trials for DIPG are ongoing and Jett may be eligible for some of them. After his radiation treatments, The GoFundMe money will help the family with those trials and travel expenses as it’s likely the treatments will be outside of Saskatoon.

“Easing that financial burden for Manny and Larisa is our utmost priority.”

Spott described her nephew as a kind, generous and thoughtful person. In late 2020, Jett’s grandfather was diagnosed with cancer and underwent chemotherapy. He came up with the idea to shave his head in solidarity so that his Gido “would not be alone in the fight.”

“I think in many ways that really shows people who Jett is and the type of child he is.”

The Reis family’s oldest daughter Lola has taken great responsibility in taking care of her younger siblings while Jett is in the hospital, Spott said.

Spott says she wants the community to be more aware of DIPG as “no child should have to deal with a diagnosis such as this.”

The GoFundMe page has already raised more than $86,000 to date.

“Each and every person who has donated can really emphasize with Manny and Larirsa and Jett,” Spott said.

“There are no words to express how grateful we all are.”