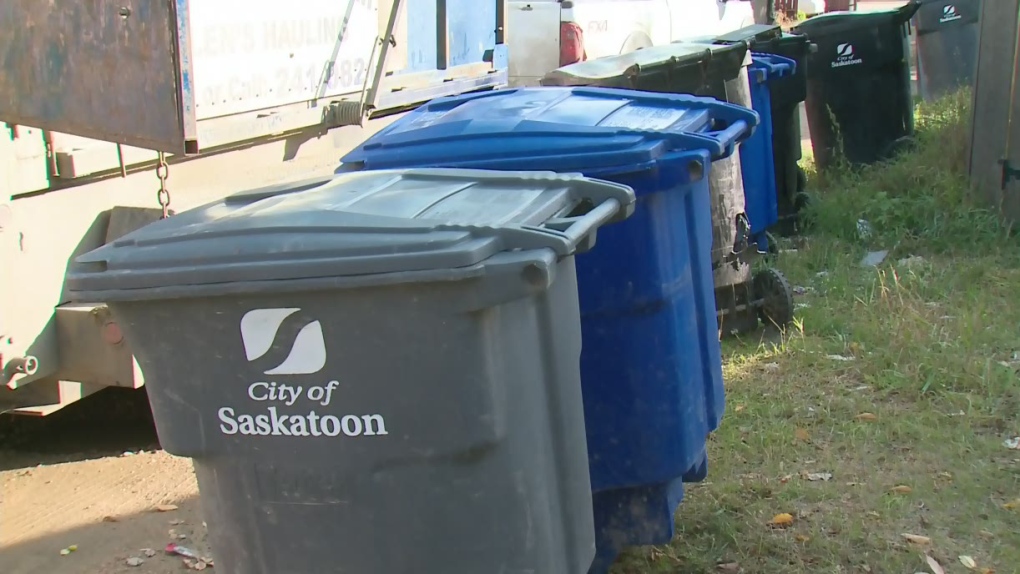 Saskatoon city councillors and the mayor are expected to debate options on the future of the city’s curbside garbage collection and the implementation of a curbside organics rollout, scheduled for January 2023.

In a report to the governance and priorities committee meeting on Monday, all members of city council will have the opportunity to weigh-in on the future of waste-handling in Saskatoon.

The city’s administration is presenting two options; the first option is looking at black cart and organics collection be charged to customers as a utility with a monthly flat-rate, not funded through property taxes.

The second option would look at charging customers a variable rate for garbage collection, based on how much is thrown out in the black cart, and a fixed monthly cost for organics collection.

According to the report, if both garbage and organics programs roll out as expected in January 2023, residents may be burdened with the introduction of both programs and the monthly-fee attached to both.

The report shows the monthly curbside waste services cost as a utility for curbside customers would be $22.70 per month for both the curbside organics and the black bin programs, as well as the existing recycling program.

The black cart monthly fee is proposed at $8.50 per month while the organics program would see customers paying $6.73 per month. At the time of implementation, the city’s recycling program is expected to be $7.47 per month.

"For most curbside residents, costs will increase in 2023, but accountability and transparency do not increase as users are given no additional control over their costs," the report states.

Compared to other jurisdictions in western Canada, Saskatoon’s monthly household cost for a waste utility would be on the low end of the spectrum, according to the report.

In 2022, it is estimated that option one will reduce the mill rate by 0.91 per cent which represents the removal of the previously approved 0.87 per cent phase-in, and its related adjustments.

In 2023, it is estimated that this option will reduce the mill rate by 4.18 per cent which represents the full costs of curbside garbage and curbside organics programs and includes removal of all previously approved mill rate phase-ins that were allocated to garbage collections and landfill operation, the city said.

Option two would see garbage-collection covered by property taxes until January 2024, but the organics program would be funded through a monthly fee, $6.73.

After January 2024 and the launch of the curbside garbage utility, residents will be able to clearly identify the relationship between their consumption and their utility fees and be given the opportunity to control their costs, the city said in its report.

As of now, the city has not settled on a model to determine how much it would charge for garbage collection.

This option would provide a significant favourable mill rate impact in 2024 by transitioning curbside garbage from the mill rate and onto a utility, according to the city. Until a variable pricing model is approved, and the 2024 base mill rate is established, this mill rate impact cannot be calculated precisely, the city said.

City councillors and the mayor will review these options Monday morning.