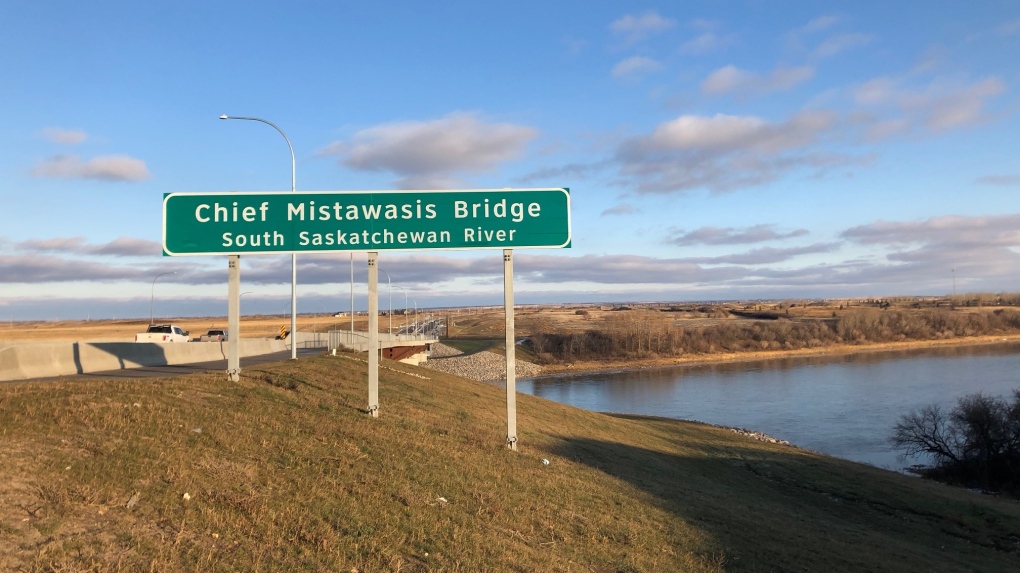 SASKATOON -- Speed limits for traffic heading through the area of the city’s newest bridge could be allowed to travel a little quicker if city council votes in favour of increasing the posted speed limit.

The idea to increase the posted speed limit on McOrmond Drive from Fedoruk Drive to Central Avenue was defeated by the city's standing policy on transportation earlier this month. On Monday, city councillors and the mayor will again debate whether or not to increase the speed limit on McOrmond Drive through the Northeast Swale from 50km/h to 60km/h.

Mistawasis Bridge. At the time Ward 5 councillor Randy Donauer said he would hear regularly from drivers that they avoid that stretch of road because of the speed limit.

The speed study was presented to the transportation committee on May 4, and the report outlined that from an engineering perspective, the city could raise the speed limit on McOrmond Drive between Wanuskewin Road and Fedoruk Drive, and on Central Avenue between Fedoruk Drive and McOrmond Drive from 50km/h to 60 km/h..

The report heading to city council states that the current condition of the roads and the absence of development in the area is influencing how people use the roadway.

“As these sections of McOrmond Drive and Central Avenue are through largely undeveloped areas, there is misalignment between the design of the roadways to support future development and the driver expectation about how the roads operate today,” the city said in the report.

“Drivers expect that the roads should operate at much higher speeds than currently posted because of the absence of adjacent development gives the roads the appearance of a higher speed facility. However, the design and infrastructure to safely operate at those high speeds is not present.”

If approved, the city said it would cost about $11,000 to update the signage.

In a letter to city council, Meewasin Valley Authority expressed its opposition to the proposed speed limit increase, adding the speed study does not “consider the potential impact to this valuable natural area and its function in the region as a wildlife corridor.”

“Saving a few seconds of commuting time does not outweigh the potential damage to this critical habitat,” Colin Tennent, chair of the MVA board of directors said in his letter to council.

The MVA said it completed anecdotal and incidental observations of animal movement through the swale and there is evidence of large and small animals crossing over and under the roadway. The group said available evidence and best practices suggest reducing speed limits on roadways through natural areas reduces vehicle-animal collisions and helps mitigate the impact of roadways on natural corridors.

The city looked at vehicle-animal collisions on Central Avenue and McOrmond Drive between Oct. 1, 2018 to Oct. 31, 2019. The city reported 20 collisions, 14 of those were deer.

City council will meet at 1 p.m. on Monday.