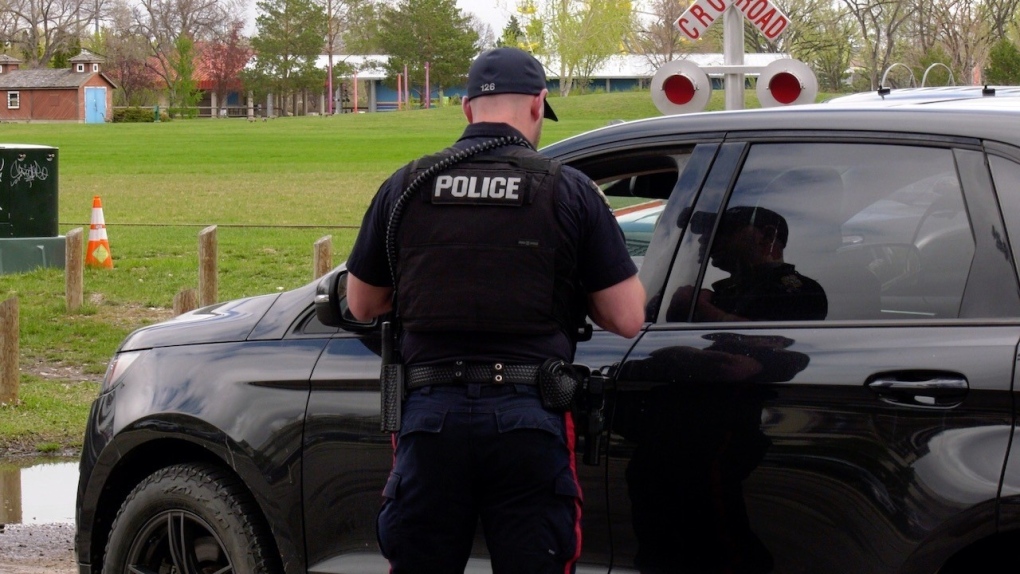 A police officer is pictured at a check-stop in Saskatoon on May 19, 2022. (Twitter/Saskatoon Police Service)

Sixteen drivers were taken off the road for driving under the influence of alcohol or drugs in Saskatoon on Wednesday night, Saskatoon police say.

Another 55 tickets were written for offences ranging from cell phones to driving while suspended and 10 warrants were executed, police said in a series of Twitter posts.

The tickets came as nine police agencies from across Saskatchewan took part in the Selective Traffic Enforcement Program in Saskatoon as part of the lead-up to the long weekend.

About 1,000 drivers were checked at check-stops around the city.

"Do your part to keep everyone on Saskatchewan roads safe this long weekend, never drive after using alcohol or drugs," police said.

The enforcement program continued Thursday with police looking for dangerous driving behaviors such as distracted and aggressive driving.

Mounties on Vancouver Island have publicly identified the two gunmen killed during a shootout with police at a bank in Saanich on Tuesday as 22-year-old twin brothers Mathew and Isaac Auchterlonie.