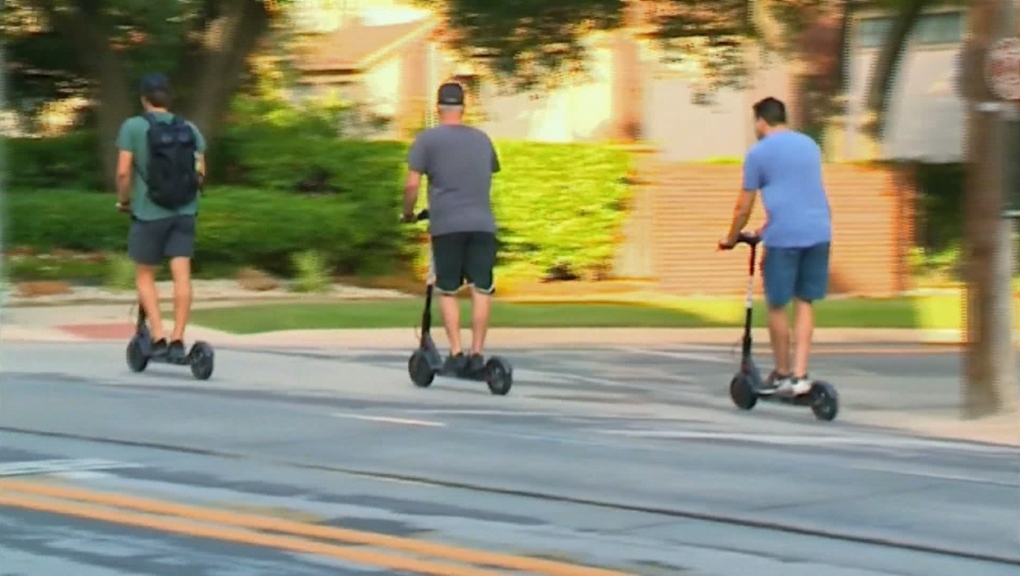 SASKATOON -- Ben Quattrini, who owns online e-commerce store The Boutique, is pushing the idea of electronic scooters in Saskatoon.

Electronic scooter operations already exist in Kelowna, Calgary, Edmonton, and several other Canadian cities with many more at various stages of development towards e-scooter pilot programs.

“I think it’s a great opportunity for the community to having something different entertainment-wise, tourism-wise. A different micro-mobility way of getting to work everyday,” Quattrini said.

Quattrini’s business wants to be the group to bring its e-scooters to Saskatoon and Regina through the Roll electronic scooters company. Users could get access to the scooters via an app and that would cost riders approximately 35 cents a minute.

The group is bringing the motion forward to the council at Monday’s city council meeting. It’s hoping a framework can be laid to have an e-scooter pilot in place for March 2021.

“The cities can allow e-scooters and e-bikes on sidewalks and in bike lanes and shared paths. Then they can ask the province for an exemption to have them on city streets that are 50 kilometers an hour or less,” Quattrini said.

According to the motion being brought forth to city council of 750,000 rides in Calgary, city staff found that e-scooters resulted in a mere 33 injuries requiring an ambulance. The motion also indicated none of those injuries resulted in a fatality.

“I mean it looks like fun, something that’s going to be worth investigating and checking out. Lots of questions,” Ward 3 city councillor David Kirton said.

The group is trying to bring the e-scooters to Regina as well however, it has yet to schedule a date to meet with the its city council.