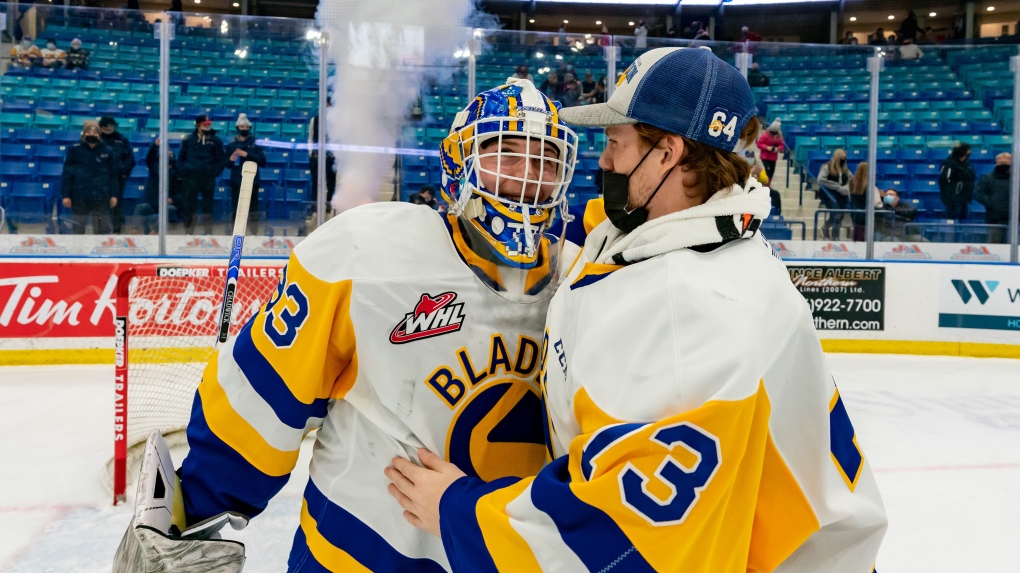 The Saskatoon Blades beat the Medicine Hat Tigers 9-2 in a Friday night matchup at the SaskTel Centre.

Goaltender Ethan Chadwick stopped 28 shots throughout the night, leading to his first win on home ice, a news release from the Blades said.

The Blades say the goal was Nolan's first career Western Hockey League marker, coming against the team that drafted him.

The team is now preparing for Saturday night's game where they’ll face the Winnipeg Ice for Pride Night at the SaskTel Centre.

Police: Texas gunman was inside the school for over an hour

Ray Liotta, the actor known for his roles in 'Field of Dreams' and the Martin Scorcese mob classic 'Goodfellas,' has died.

Ukrainian Prime Minister Denys Shmyhal says the West must not give in to Russian pressure to ease sanctions in order to restart the flow of agricultural exports.

Amber Heard told jurors Thursday that a harassment campaign waged against her by ex-husband Johnny Depp has left her humiliated and scared for her life from multiple death threats, and said she just wants 'Johnny to leave me alone.'