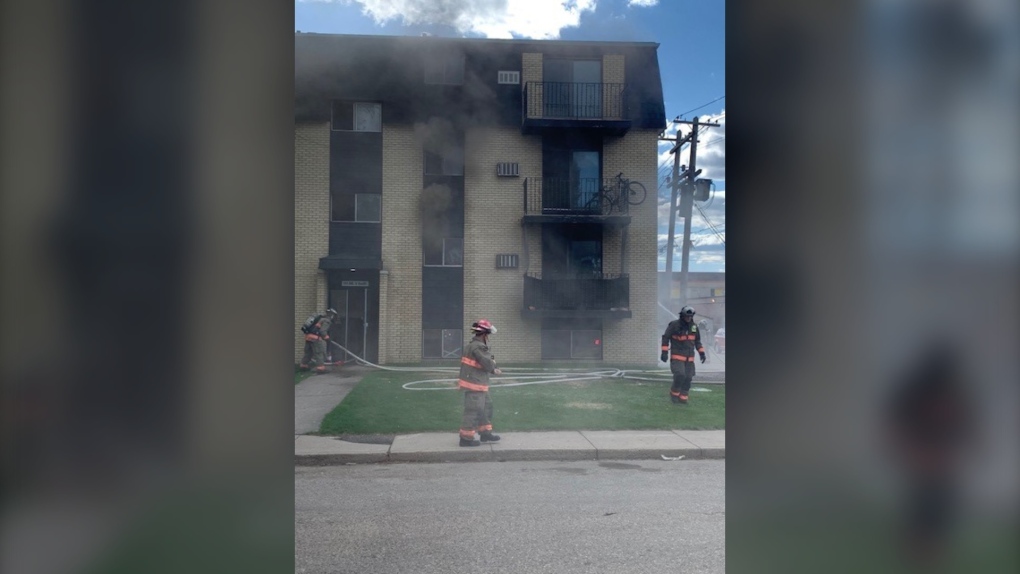 Saskatoon firefighters respond to an apartment fire May 28 on Avenue U South. (Saskatoon Fire Department)

SASKATOON -- Twenty-three people are temporarily without a home following an apartment fire Thursday evening on Avenue U South.

Thanks to critical information obtained by dispatch, crews arrived knowing where the fire was believed to have started, according to a news release.

Once inside firefighters were met with heavy smoke. Two residents were located and evacuated.

The fire was brought under control in less than 20 minutes.

The cause of the blaze remains under investigation, but an investigator believes the fire started in the kitchen of one of the units.