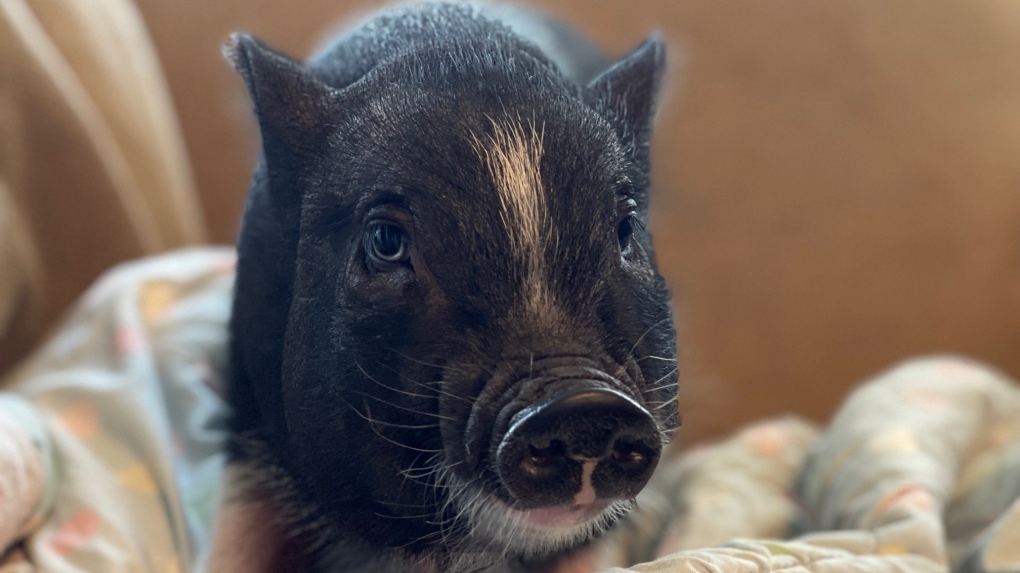 Within a week, Eunice the pig was placed in a new home. (SPCA)

SASKATOON -- It’s an occurrence that Jemma Omidian has only seen once while working at the Saskatoon Society for the Prevention of Cruelty to Animals (SPCA).

On July 12, animal control brought in a six-week-old piglet when it was found within the city. Pigs are prohibited pets in Saskatoon.

“We’ve almost never had one in (piglets), that’s why this one was such a big deal. It was just because it’s so rare,” Omidian told CTV News.

She says everyone was “automatically in love with her” and as much as they wanted to keep her around, they needed to put her up for adoption.

“We normally don’t have the facilities here to care for a pig or livestock in general. I live outside of the city and already have a pet pig named Eugene so I said ‘hey, I’ll take her home and foster her until she’s ready to go home to her new forever home’” Omidian told CTV News.

When SPCA posted on their social media channels that Eunice was looking for a new home, they received more than 100 applications – compared to the five they typically receive for a dog.

Within a week, Eunice was placed in a home that has a barn and other pigs for her to socialize with.