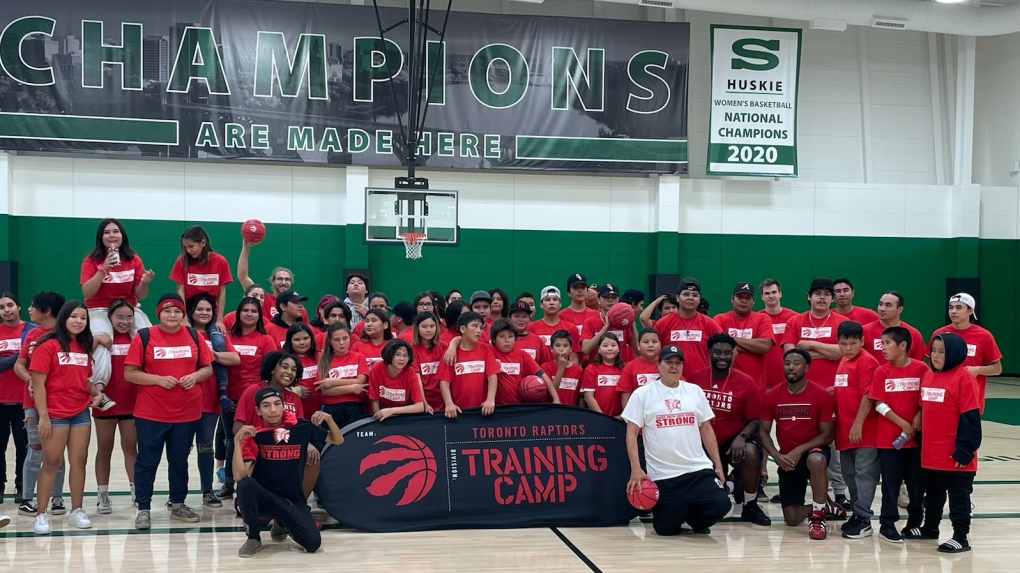 The Chief of James Smith Cree Nation (JSCN) says he’s grateful to the sport teams that have stepped up to help their community in the aftermath of a mass stabbing.

The Prince Albert Raiders, a WHL hockey team, are donating over 100 tickets to the community of James Smith for the October 29th game against the Swift Current.

“[Thanks to] Prince Albert Raiders for their kind donation of sending us tickets for our youth and our membership to go watch the Raiders. I am very thankful that the Saskatoon Blades reached out and we sent some members over there. Saskatchewan Roughriders is another one too,” said Chief of James Smith Cree Nation Wally Burns.

The violent attack on Sept. 4 left nine people dead on James Smith and one man in Weldon. Eighteen others were injured in the stabbing. The suspects, brothers Myles and Damien Sanderson, also from James Smith, died in relation to the incident.

About 200 people from James Smith saw the Raiders in action Sept. 24 in Saskatoon against the Blades thanks to a donation by the Saskatoon Blades organization. 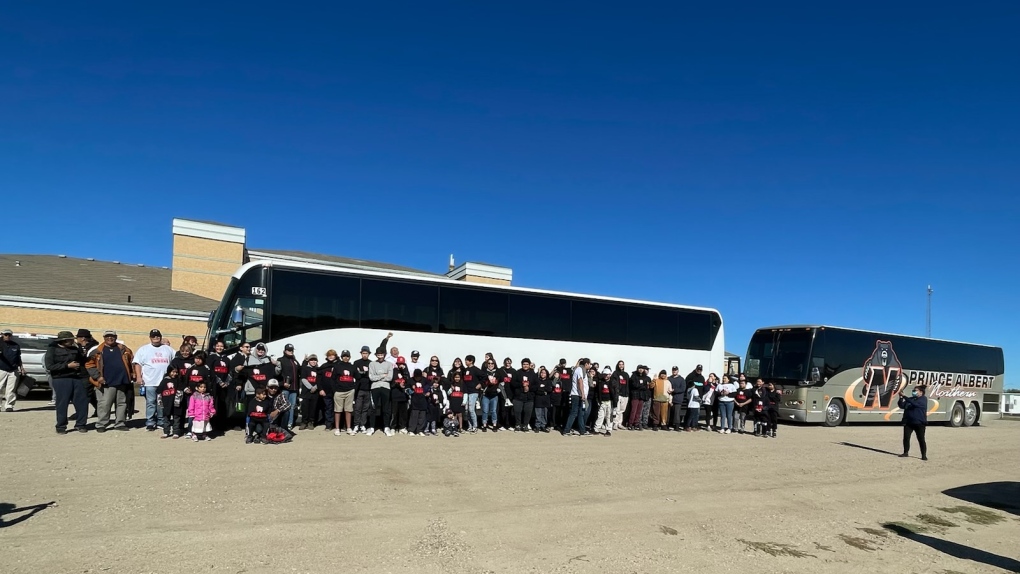 JSCN band councillor Alvin Moostoos says the Saskatoon Blades sent two coach buses to the reserve to take people to the game and many others traveled in their personal vehicles to the hockey game.

“We are very grateful to them. It means a lot to get to leave the reserve and enjoy something like a hockey game,” said Mootoos.

James Smith Cree Nation does not have a recreation coordinator, but has been working with outside organizations to help families through the ticket donations and is reaching out to the families through a Facebook group to see if their children are interested, said Mootoos.

On Mon. Oct. 3, about sixty children and teens from James Smith attended a Toronto Raptors basketball clinic at Merlis Belsher Place in Saskatoon, also a donation from the organization to the First Nation.

The Saskatchewan Roughriders have offered 1000 tickets to James Smith for the Oct. 22 game at Mosaic Stadium in Regina against the Calgary Stampeders.

“We have been communicating with the leadership of James Smith Cree Nation and Weldon since the tragedy on the best way to honour, reflect and remember those lost and help the communities heal,” said a spokesperson for the Saskatchewan Roughriders.

The Roughriders say they release details on additional plans in the coming weeks.

“A lot of our people are talking about this and things like this really mean a lot, especially for our youth, and our youth are the ones that lay the foundation for the leaders of tomorrow,” said Chief Burns. “We are very fortunate and very humble about what they’re doing.”

On Oct. 30 the Swift Current Broncos are traveling to James Smith for a pancake breakfast with the community and to shoot pucks in the school gym with local young people.

“We are still working on a time when we can come out to the community or surrounding area to skate with some of the youth,” said Scissons.

The Raiders are also donating an autographed orange jersey worn on the ice for Truth and Reconciliation Day to James Smith. The Raiders Oct. 1 game featured a puck drop by a residential school survivor and a number of chiefs from around the province including James Smith were in attendance and saluted at the game.

“If we can bring a little bit of joy by skating with some kids or having them out to our game, that’s the least we can do to help that healing process and to let them know that our community stands with theirs,” Scission said.

Nine out of 10 Canadians think a 2023 recession is at least 'somewhat likely': Nanos poll

Nine out of 10 Canadians believe there could be a recession in 2023, according to a new national survey, with four out of 10 calling it 'likely.'

The Q4 2022 earnings reports from Canada's big banks are showing signs that the Canadian economy is slowing down ahead of a potential recession, with some signs of optimism.

A fiery train derailment closed a highway in southeast Saskatchewan on Thursday morning. A train derailed approximately two kilometres northwest of Macoun, Sask., forcing the closure of Highway 39 in both directions, RCMP said.