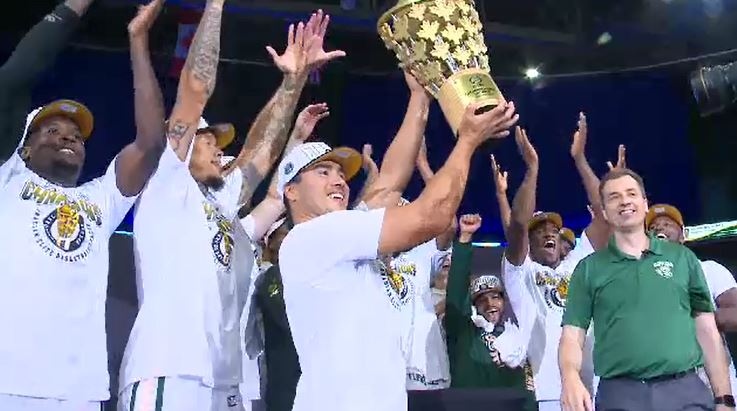 After raising the inaugural CEBL championship trophy over their heads last year, the Rattlers are back to defend the title in the 2020 CEBL Summer Series.

On July 3, the CEBL announced the launch of its summer series beginning July 25. The series is being played at the Meridian Centre in St. Catherines, Ont.

The Rattlers begin their championship defence Sunday against the Niagara River Lions, who already have a win in the summer series after knocking off the Hamilton Honeybadgers 97-85.

Sunday’s game between the Rattlers and the River Lions is available to watch nationally on CBC Sports, and on the CBC Gem App. Tip-off is set for 11:30 a.m. CST.