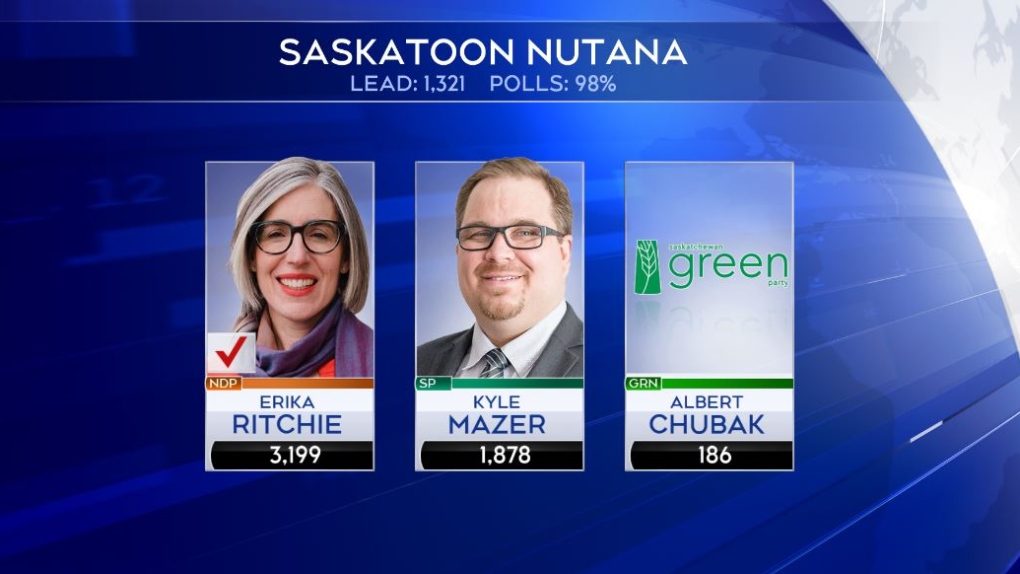 Saskatchewan NDP’s Erika Ritchie has been elected in the Saskatoon Nutana riding.

SASKATOON -- Saskatchewan NDP’s Erika Ritchie has been elected in the Saskatoon Nutana riding.

As of 11:55 p.m. on Monday, the CTV News Decision Desk is reporting Ritchie received 61 per cent of the vote with 49 out of 50 polls reporting.

Ritchie is an environmental engineer and in that role, has worked to prioritize environmental protection and sustainability in resource development.

Ritchie is following in the footsteps of Cathy Sproule and Pat Atkinson –who previously held the seat in Saskatoon Nutana for the NDP.