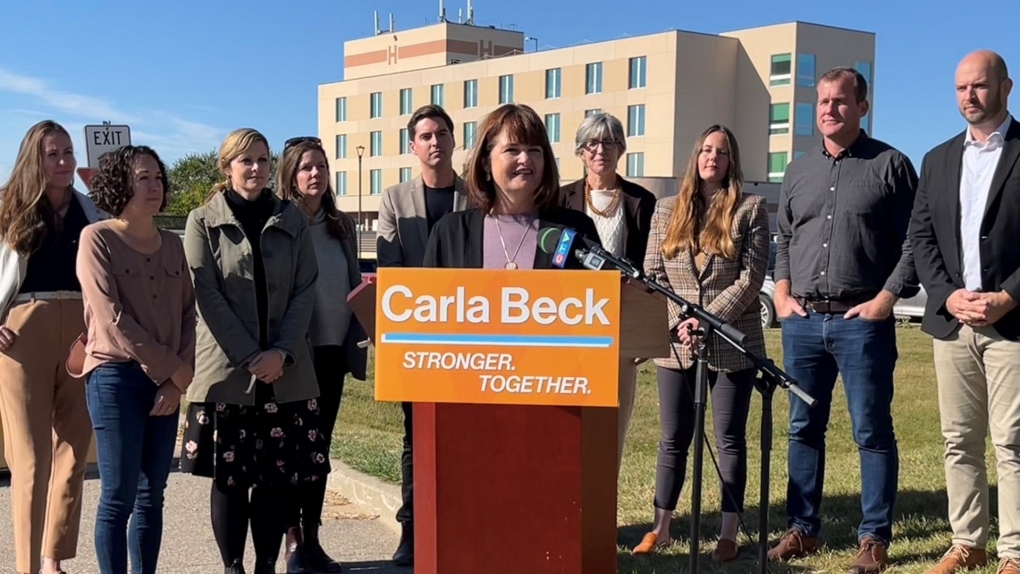 Highlighting a shift in priorities for the fall season, the Saskatchewan NDP announced new critic portfolios for affordability, jobs and rural health at a press conference in Prince Albert today.
Prince Albert -

Highlighting a shift in priorities for the fall season, the Saskatchewan NDP announced new critic portfolios for affordability, jobs and rural health at a press conference in Prince Albert today.

“Whether it’s on Main Street or shop floors, the messages are the same - Scott Moe’s Sask. Party has given up on helping people and aren’t going to bat on issues Saskatchewan people are facing. Whether it’s cost-of-living, job creation or our crumbling health system, Scott Moe is missing in action,” said NDP leader Carla Beck in a press release.

Regina Rosemont MLA Trent Wotherspoon has been tapped as the affordability critic.

In a move that could signal a shift to the center, Regina University MLA Aleana Young will take the energy and resources portfolio – described in the release as a “recognition of the sector’s potential as a key job creator and driver of the province’s economy.”

The new critic for rural and remote health will be Saskatoon Eastview MLA Matt Love.

Food prices in Canada will continue to escalate in the new year, with grocery costs forecast to rise up to seven per cent in 2023, new research predicts.

Most Canadians back invocation of Emergencies Act during 'Freedom Convoy' protests: Nanos

As the inquiry into the federal government's decision to use the Emergencies Act during the 'Freedom Convoy' protests nears the finish line, a new survey has found that two in three Canadians say they support, at least to some degree, the invocation of the Act.

Montreal Canadiens goalie Carey Price has taken a stance against Ottawa's controversial Bill C-21, which would refine the definition of prohibited assault-style firearms -- drawing the ire of Canadian hunters who say the definition would outlaw weapons used within their practice. Meanwhile, the Liberals have repeatedly stated their intention is not to go after hunters but to restrict certain firearms designed for the 'battlefield.'

Canadian patient receives groundbreaking treatment for a disabling disorder, with a parathyroid transplant into her arm

Canadian doctors say they have cured a patient with a severe and disabling disorder with a parathyroid transplant from a deceased donor. Dawn Ethier, a mother of four and police officer in Ottawa, is the first in North America and one of perhaps two in the world given new parathyroid glands that have eliminated her debilitating symptoms.

Bob McGrath, an actor, musician and children's author widely known for his portrayal of one of the first regular characters on the children's show 'Sesame Street' has died at the age of 90.

Former U.S. President Donald Trump faced rebuke Sunday from officials in both parties after calling for the “termination” of parts of the U.S. Constitution over his lie that the 2020 election was stolen.