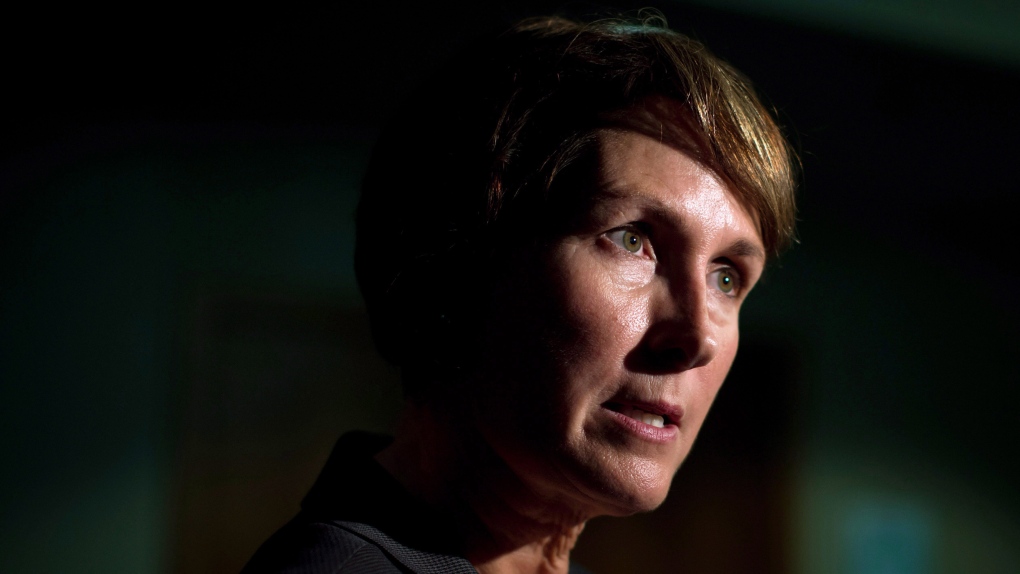 Mary Ellen Turpel-Lafond, then B.C.'s representative for children and youth, speaks to a reporter in Vancouver, B.C., on Friday November 13, 2015. THE CANADIAN PRESS/Darryl Dyck

VICTORIA – A Saskatchewan provincial court judge has launched legal action against the B.C. government, alleging it broke an agreement about her pension benefits while she was the province's children's advocate.

Mary Ellen Turpel-Lafond, British Columbia's former children and youth representative, filed a notice of civil claim in B.C. Supreme Court on Friday, saying she made a verbal agreement with a legislative clerk in 2006 that promised her 1.5 years of pension entitlement for each year of service, but that promise has not been fulfilled.

Court documents said Turpel-Lafond asked for a leave of absence from her position as a provincial court judge in Saskatchewan in order to accept the job as B.C.'s first-ever children's watchdog.

The leave required her to waive her right to contribute to the judge's pension, so she wanted to make sure she got comparable benefits in her new position, the documents said.

But Turpel-Lafond learned in 2008 that she was not getting the pension entitlement she said she was promised, and the notice of civil claim said she raised the issue with government representatives several times over the decade she spent as B.C.'s children's representative.

"To date, the (B.C. government) has not confirmed that it either accepts or rejects (Turpel-Lafond's) claim to an enhanced pension entitlement," it said.

Court documents show Turpel-Lafond is seeking unspecified damages for mental distress, and a declaration that she is entitled to a bigger pension entitlement.

During her decade as the province's children's representative, Turpel-Lafond issued a number of scathing reports critiquing how the government treated children in care, particularly indigenous children.

The pension issue is "motivated by malice and bad faith," and the B.C. government has a history of "animosity and hostility" toward Turpel-Lafond, the notice of civil claim alleged.

Allegations in the notice of civil claim include the government developing a strategy to personally target her work, Turpel-Lafond being told in October 2015 that she would be treated as a "member of the opposition" and the minister of children and family development refused to meet with her during the last 12 months of her role.

The documents also allege that the government honoured agreements to provide the same pension entitlement agreements to other staff.

The allegations in the notice have not been proven in court.

A statement from the province's justice ministry said it will review the allegations contained in the notice and prepare a response "in due course."

Turpel-Lafond stepped down from her post last November and was replaced by New Brunswick's former ombudsman, Bernard Richard.

-- By Gemma Karstens-Smith in Vancouver and with CTV Saskatoon files