Sask. working through deep-freeze with windchills in the -40 range 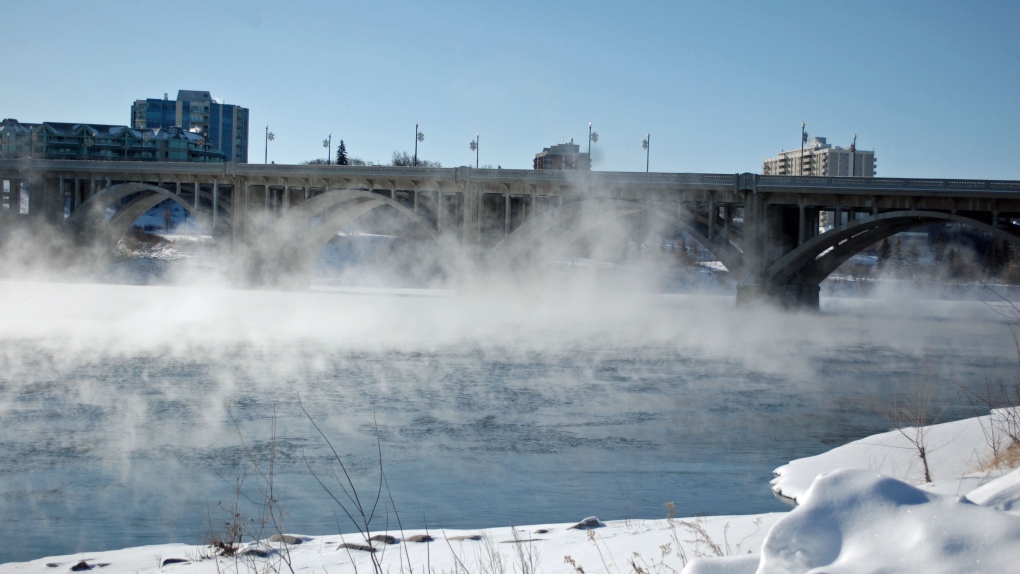 Steam rises above the South Saskatchewan River near the Broadway Bridge Feb. 21, 2015.

SASKATOON -- Three-quarters of Saskatchewan remains under an extreme cold warning from Environment and Climate Change Canada (ECCC) with temperatures dipping to a bitter -30, with the windchill taking the day to -40.

“You know you wake up to a cold battery and you need somebody to boost so it,” said Teejay Crockett whose battery needed to be boosted.

“With newer cars, the computers are always pulling a little bit of power and if you got just a little bit of a cold battery, that cold weather will take it down,” said operating manger of Astro Towing Trent Kavanaugh.

Kavanaugh was expecting a busy day in the field.

“About 10 o’clock, calls start picking up and we’ve got probably ten trucks running strong this morning.”

Parts of the province north of the Yellowhead can expect the extreme cold to last until mid-week at least, before temperatures begin to warm up to normal daily highs of -15 and overnight lows of -21, Russo said.

On Sunday morning, Southend, Sask., woke up to -43 degrees, tied with Hanbury River, NT for the coldest spot in the country.

“We sit at home all the time working and so every weekend we try to get out both days and get out and get some exercise,” said Angie Bugg who was taking her dog for a walk.

The southernmost portion of Saskatchewan, which is seeing a bit of cloud cover and light snow, have seen temperatures moderate over the weekend, Russo said. “Dress in layers, make sure you have a toque. If you do have pets you have to limit the amount of time they are outside because it is a hazard for pets out there.”