Gwen Cubbon, a 36-year-old from the Canoe Lake Cree First Nation, grew up speaking Cree — but it wasn’t until she went to school that she learned English. Since moving from her home community, she’s lost a lot of the Cree language, but is working on regaining it.

“I just want to be an advocate for people my age and people who are really wanting to learn that it is possible,” she said.

Cubbon is hoping her app is an accessible way of learning the Cree language that’s specific to Canoe Lake, which also contains a small amount of Michif.

The same goes for Abby Janvier, 33, who only heard Dene while she was growing up in the Clearwater River Dene Nation and La Loche area. Like Cubbon, she spearheaded the creation of an app that teaches Clearwater River’s specific Dene language.

“When we went to school, too, it was taught as a core subject,” said Janvier.

The apps contain different categories, such as animals or numbers. For each term, there’s a picture, the written word, and a recording of the spoken word. 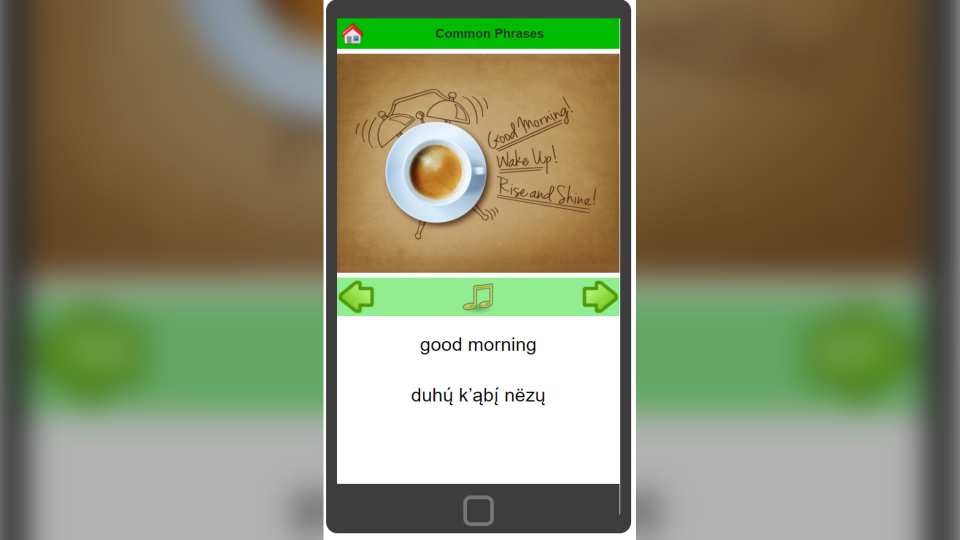 The two women teamed up with Kevin Waddell of Waddell Technologies, using the LifeSpark App Builder.

Cubbon and Janvier said the apps are great resources for teachers and parents. Janvier said they’re also beneficial for people coming into the communities for their careers, such as for RCMP officers or nurses.

“It could help you learn the language and potentially even have conversations in the language with community members. It kind of creates that connection for the people who are coming and living in our communities from all over the world.”

It works both ways, said Cubbon. An elder, who’s traditional language is Cree, could use the app when they need to go to another community and are having trouble communicating.