Sask. woman asleep on tracks only has minor injuries after train screeches to stop over her

Sask. woman asleep on tracks only has minor injuries after train screeches to stop over her 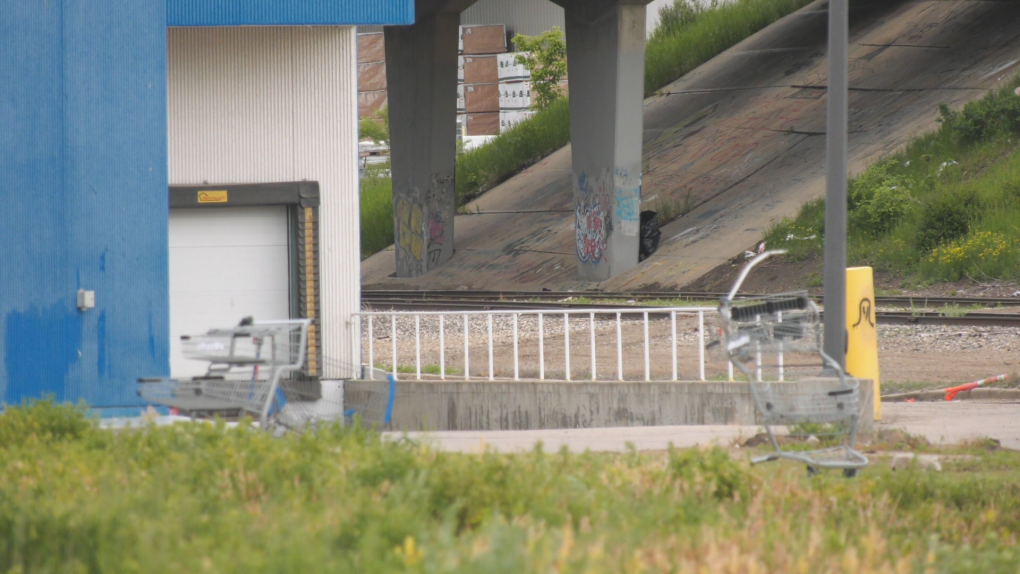 Officials say despite these tracks being private property, people still use them as a shortcut.
PRINCE ALBERT -

The Prince Albert Fire Department responded to an unusual call on Thursday morning involving a woman sleeping between the rails of a train track near Superstore.

A train came screeching to a stop on top of her and she escaped with minor injuries.

Deputy Chief Alex Paul said it was a matter of inches between the bottom of the train engine and the woman. If the train had gone much farther it could have been fatal.

“The train coming along, at the last minute realized that it was a person on the tracks and they applied the emergency brake,” Deputy Chief Paul said. “The locomotive came to a stop just a little bit over the top of the person, so there was no actual contact between the train and the person.”

Paul said fire crews were able to free the woman from under the train and EMS transported her to hospital with only minor injuries, likely unrelated to the train.

While the tracks are private property and marked with no trespassing signs, Paul said it’s still common for people to take shortcuts through the rail yard.

“It’s not that common to have people that are injured on the tracks or hit by trains, but it is common knowledge that people use the rail yard as a cut-through from one area of the city to another,” he said.

“Obviously we would recommend that people do not cross through the rail yard. It is private property, and it’s never safe to be walking near train tracks. You never know where a train may come, and there's multiple tracks side by side.”

According to data from the Transportation Safety Board of Canada, there were 39 trespasser fatalities in 2020.

The tracks are operated by Carlton Trail Railways.

A nationwide shortage of liquid Children’s Tylenol is also impacting generic chewables, with Quebec-based Laboratoire Riva reporting a shortage due to rising demand.

Majority of people with Omicron don't know they have it: study

A new study has found that more than half of people infected with the Omicron variant of COVID-19 were unaware they had it.

Ontario to reveal next steps of 'Plan to Stay Open' Thursday, hints at changing 'status quo'

The Ontario government will reveal the next steps of its “Plan to Stay Open” on Thursday.

An eastern Ontario doctor who was charged with first-degree murder in the death of a patient is facing three new murder charges, Ontario Provincial Police have announced.

'The childhood place to be': Zellers' return sparks fond memories among Canadians eager for its comeback

Canadians are recalling their fondest memories of shopping at Zellers as plans for its return are announced nearly a decade since its doors closed.

The proportion of Canadians who mainly speak French at home continues to decline in nearly all provinces and territories, including Quebec, the latest census release shows.

An Ontario mayor had some harsh words for protesters who attempted to place local police officers under arrest Saturday.

Hundreds of federal judges face the same task every day: review an affidavit submitted by federal agents and approve requests for a search warrant. But for U.S. Magistrate Judge Bruce Reinhart, the fallout from his decision to approve a search warrant has been far from routine.

Canadian department store Zellers hopes to make a comeback next year, a decade after the discount chain shuttered most of its locations., brand owner Hudson's Bay Co. said Wednesday.