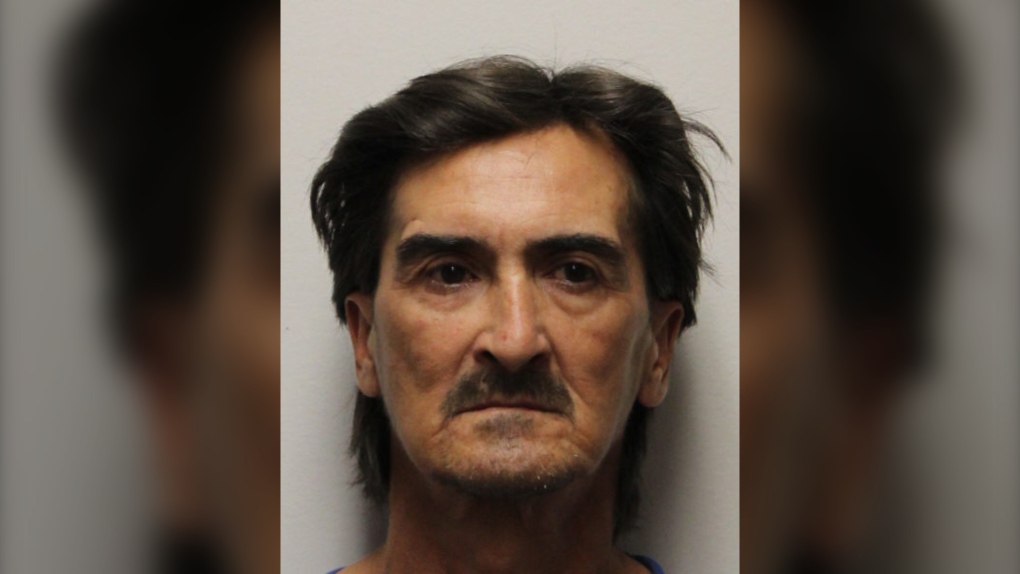 Saskatchewan RCMP have warned residents that they believe Roland Clifford Morissette is at a high risk of reoffending. (RCMP)

Saskatchewan RCMP is warning residents of Mont Nebo, Leask, Mistawasis First Nation, Shellbrook, Prince Albert and surrounding communities that an offender considered to be at a high risk of reoffending has been released from prison.

Roland Clifford Morissette, 54, was released Tuesday morning after having served the entirety of his sentence, RCMP said in a news release.

"The entirety of this information is shared to raise awareness about the presence of a high-risk offender in your community so that you may make informed decisions about entering in contact with this person. This information is not to be used to carry out unlawful and harmful acts against this person," the release said.

According to RCMP, Morissette's criminal record contains violent and sexual offences connected to substance use and a history of reoffending and non-compliance with release conditions.

Morissette completed several educational programs for sex offenders, substance abuse, anger management and living skills, but due to his "limited progress" RCMP believes he is at a high risk of reoffending, the release said.

He has been ordered by the court to obey conditions including not having unsupervised contact with any child under 16 and not being within 100 metres of any park, playground, school, or any other location where children under the age of 18 usually go.

Morissette is described as an Indigenous man of slim build, with brown eyes and short black hair. He has a tattoo of a buffalo skull on his upper left arm and a five-inch vertical scar on his abdomen. He has smaller visible scars on his left cheek, left wrist, chest and chin.

Residents who have questions or concerns about his release are encouraged to contact their local RCMP detachment or police service.

A suicide bomber struck Monday inside a mosque within a police compound in the northwestern Pakistani city of Peshawar, killing at least 28 people and wounding as many as 150 worshippers, most of them policemen, officials said.

Anti-poverty activists are praising the Quebec basic income program as a good step toward helping people meet their basic needs — but say strict eligibility criteria exclude many of the province’s lowest-income residents.

Peru's protest 'deactivators' run toward tear gas to stop it

When police fire tear gas at protesters demanding the resignation of Peruvian President Dina Boluarte, most run away. A few, though, run toward the gas canisters as quickly as possible -- to neutralize them. These are the 'deactivators.'