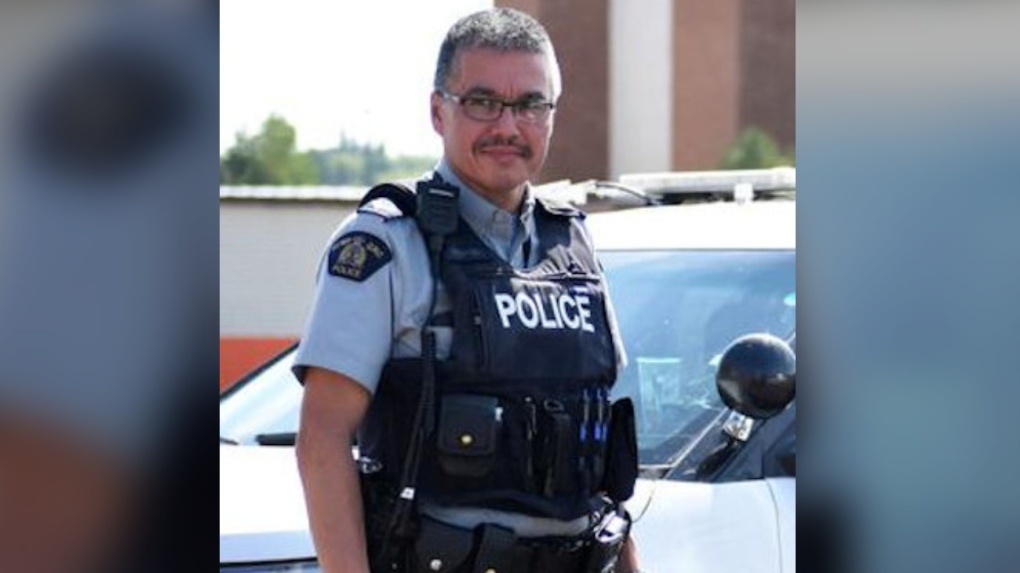 Bernie Herman, a 32-year member of the RCMP, is charged with first-degree murder in the death of Braden Herman. (Alison Sandstrom/paNOW)

Prince Albert RCMP officer Cst. Bernie Herman is charged in the death of 26-year-old Braden Herman. Police say the two were not related, but they did know each other.

“There was fairly reasonable cooperation from the accused in our findings of the victim and of the deceased and leading us to the arrest of the accused,” said Bergen.

Bernie, a 32-year member of the RCMP, was arrested on Tuesday evening shortly after when police believe the homicide occurred.

Police have seized cell phones, he said, but it will take more time to thoroughly go through any evidence on them.

The Prince Albert Police Service is leading the investigation with oversight from retired officers appointed by the provincial government, said Bergen. He said the independent observers were neither previously RCMP members nor Prince Albert police officers.

“If I felt like there was any conflict or concern with our ability to investigate this homicide, we would not be investigating it,” said Bergen.

"I understand that there's going to be questions and how this could involve somebody who's served and protected the community for so many years to actually be responsible for such a tragic incident. But again, we're a professional police service and we will continue to provide professional services to our community."

Bergen said he briefly interacted with Bernie around 20 years ago when they both worked in traffic.

He said Bernie is “not in custody locally,” and made sure the Ministry of Corrections, Policing and Public Safety was aware that an experienced RCMP officer was going to be incarcerated.