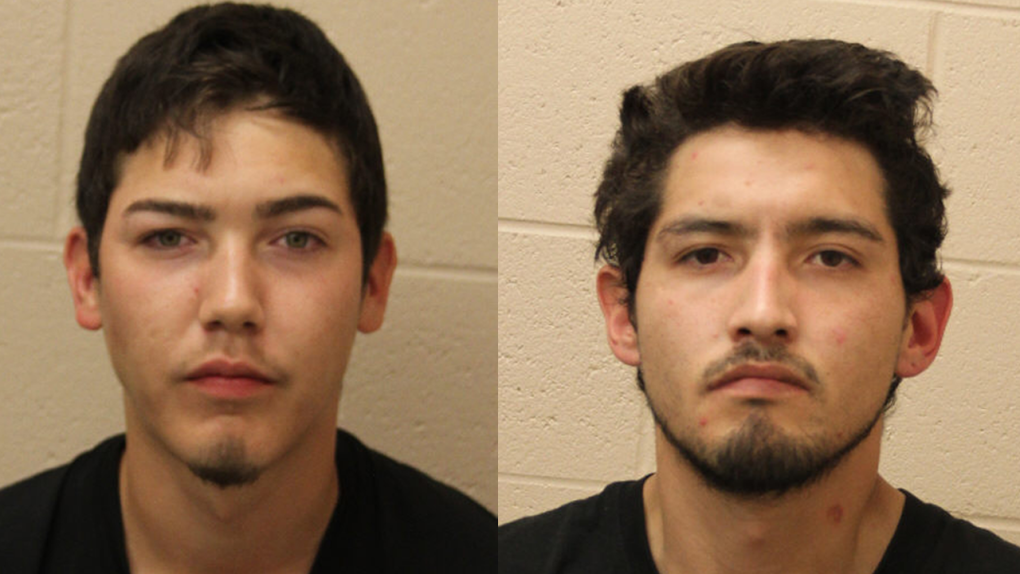 Photos of Klay (left) and Kein Patterson supplied by RCMP.

Prince Albert RCMP are asking for the public's help in locating three men wanted in connection to an alleged shooting that left two men seriously injured.

Police responded the shooting around 4:45 a.m. on July 30, on the Lac La Ronge Indian Band side of Little Red River, according to an RCMP media release.

Investigators believe that one vehicle approached another parked on a driveway at a home in the area.

RCMP say that a gun was discharged and two men in the parked vehicle were injured. They were taken to hospital with serious injuries.

Kade Patterson, 23 and Klay Patterson, 25, and Kein Patterson, 27 are facing more than a dozen charges, including discharging a firearm with intent and unlawfully causing bodily harm

Klay has been described as six feet, one inch tall and 170 pounds. He has black hair and brown eyes.

Kein has been described as five feet, eight inches tall and 150 pounds. He has black hair and brown eyes.

No description or photo of Kade was provided.

Anyone with information has been asked to contact Prince Albert RCMP or Crime Stoppers.

Poilievre denounces Diagolon 'losers', asks RCMP to look into threat against his wife

Lights out, ovens off: Europe preps for winter energy crisis

As Europe heads into winter in the throes of an energy crisis, offices are getting chillier. Statues and historic buildings are going dark. Bakers who can't afford to heat their ovens are talking about giving up, while fruit and vegetable growers face letting greenhouses stand idle.

Hurricane Ian moved near the Cayman Islands and closer to western Cuba early Monday on a track to hit the west coast of Florida as a major hurricane this week.