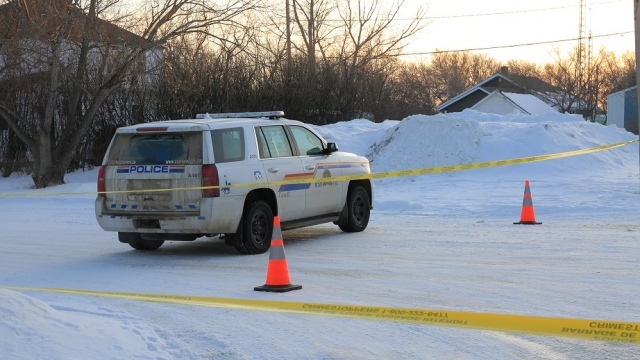 RCMP in the village of Milden. (Photo: Christian Moulding)

SASKATOON -- Police have charged a 42-year-old woman with manslaughter in the death of a man from Milden.

Outlook RCMP responded to a report concerning the 61-year-old man around 1:30 p.m. Wednesday, according to RCMP.

The body of Randy Garrett was found inside a home in the 700 block of Saskatchewan Avenue.

Melissa Mac Queen, also of Milden, has been arrested and charged with manslaughter in connection with his death, RCMP said in a news release.

She is set to appear in Saskatoon Provincial Court on March 8.