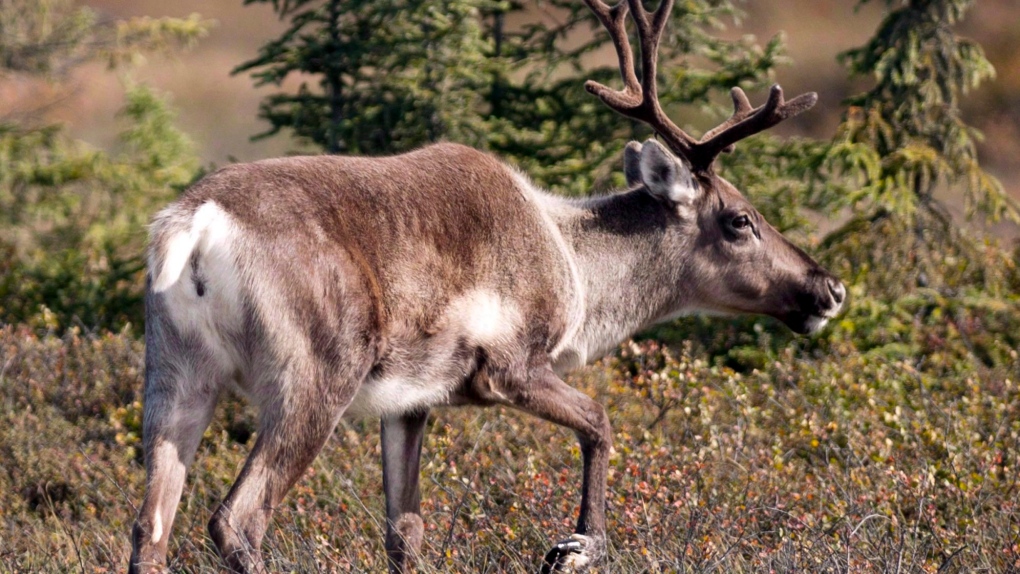 A caribou browses in wetlands in Kenai, Alaska in this Sept. 6, 2012, photo. (THE CANADIAN PRESS/AP/Peninsula Clarion, M. Scott Moon)

SASKATOON -- A University of Saskatchewan (U of S) professor is researching the threats that spruce budworms, a type of moth, has on woodland caribou in Canada.

According to the paper published in the Proceedings of the National Academy of Sciences (PNAS), spruce budworm outbreaks happen every 30 years and have similar effects on disruptions such as logging and forest fires.

The results of the moths killing forests leads to a “flush of vegetation of benefit to moose.” McLoughlin says more moose means more wolves which in turn, will threaten caribou.

Caribou, which live on a diet of lichen, mosses, and grasses, don’t compete directly for resources with moose, which thrive on deciduous vegetation, a news release from U of S said.

But new deciduous growth that comes from the “removal of the forest canopy brings moose to caribou habitat, attracting wolves.”

“It’s possibly not as well known a threat to boreal caribou as perhaps reducing the age of forests because of logging, or in some cases because of fire,” McLoughlin told CTV News.

McLoughlin believes the threat will become more well-known with his research.

The term “trophic cascade” refers to a disturbance at one level of an ecosystem that has an effect further down the system.

For his research, McLoughlin uses the term “bouncing trophic cascade” as the impacts from the spruce budworms are indirect.

“Right now we’re finding connections that we didn't really look for or expect before,” he said.

McLoughlin will be continuing his research and is looking at white tailed deer and how their numbers might be influenced.

The research between the moose, wolves and caribou was magnified by logging that came in after spruce budworms, McLoughlin said.

“This is important because it does speak to the difference and its impact on caribou from what would be a natural disturbance and a disturbance that is human caused like logging.”