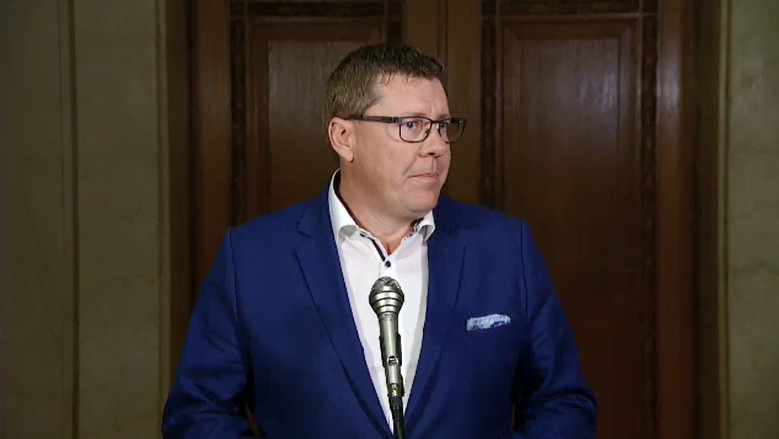 Premier Scott Moe says the new throne speech is not something he would support.

“This most certainly would not be a speech from the throne that I would support,” Moe told reporters Wednesday afternoon.

In the speech, the Liberal government detailed its plan to combat a second wave of COVID-19 and outlined a "resiliency agenda for the middle class."

The premier called the promises in the speech “vague.”

Last week, the premier sent a letter to Justin Trudeau highlighting topics he’d like addressed in the speech. They included hitting pause on the carbon tax, approving more municipal infrastructure projects and making a change to federal transfers.

“We most certainly from this province are not happy because none of the priorities that we had put forward with respect to how we're going to recover the economy were addressed in the speech from the throne in any way,” Moe said.

Coates raised a red flag about the price tag on some of the Liberal government’s plans – including extending a wage subsidy program to 2021.

“They have to borrow hundreds of millions, if not billions, of dollars. There’s a point at which that runs out. Is it going to be in 2020? Probably not. Probably not in 2021, but after that – it’s getting pretty close to the line,” Coates told CTV News.

The throne speech promised a fiscal update this fall.

University of Saskatchewan political science professor Joe Garcea said there’s a reason the speech was so lengthy and included so many ideas.

“Both to buy themselves room if they continue to govern or perhaps going into an election, they can say, ‘We had a plan for everything. And if it weren't for these guys bringing us down we would have been able to act on them,’” Garcea said.

As of Tuesday evening, talks were still underway on ironing out the logistical plan for how the new session will run, with the Conservatives wanting an assurance that all committee work be revived from the first session.

Over the next few months, MPs will have nine "opposition days" where parties will take turns raising motions or other matters they want debated. It's also their prerogative to move their own motions of non-confidence in the government on these days if they see that necessary.

Don Martin: The prime minister talks turkey in a political address to the nation

Five highlights from the speech from the throne

Parties agree on hybrid House of Commons meetings through autumn