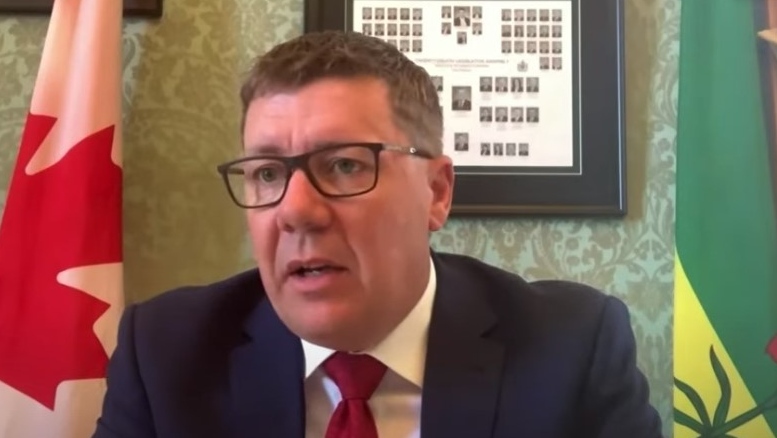 The work of locating the unidentified burial sites has taken on increased urgency following the discovery of the remains of 215 children at a former residential school in Kamloops.

During a virtual news conference following the annual Western Premier's Meeting, Moe was the first to respond to a general question put to leaders about whether similar funding plans were in the works in their respective jurisdictions.

"It's entirely likely that we'll have, maybe not to the degree, but a similar situation with some unmarked sites with remains here in this province and so we've been working very closely with our Indigenous communities, with our provincial Indigenous representative organization the FSIN," Moe said.

"We have not committed to any financial funding at this point."

Moe said his government views its role as "one of support."

"We have committed to providing resources that may be required to ensure that we are able to conduct the work that needs to be conducted in our province to work alongside and support our Indigenous communities and Indigenous organizations that will be the lead on this work."

During the news conference, Alberta Premier Jason Kenny said a "multi-million dollar" package was in the way in his province.

The traditional joint communique issued by the leaders following the meeting began by referencing the discovery in Kamloops.

"The confirmation of remains at the site of the former Kamloops Indian Residential School on the Tk’emlúps te Secwépemc First Nation is a reminder that multi-generational trauma stemming from residential schools is not in the past: it continues to affect Indigenous peoples today," the statement said.

The communique issued by the leaders of Canada's four western provinces and three territories focused on a call for increased health care funding from the federal government and the post-pandemic economic recovery.

In the joint statement, the leaders again called on the federal government to increase its share of health care spending to 35 per cent through the Canada Health Transfer CHT.

"Six months ago, in December 2020, the Prime Minister acknowledged that the federal government needs to increase its share of health funding through the CHT," the statement said.

The group of provincial and territorial leaders also said there is a need for "greater market access for Canadian goods, services, and resources, including energy products, and the crucial role that the energy sector will play in economic recovery."

Less than a week after the beleaguered Keystone XL pipeline expansion was officially cancelled, the leaders "agreed on the urgency of getting major energy infrastructure, transmission projects, and other infrastructure projects completed in a timely fashion."

In the statement, the leaders recognized federal spending on infrastructure projects while encouraging "continued collaboration and partnerships to address longstanding infrastructure gaps."

The communique also said "it will be important to ensure that the benefits of, and participation in, economic recovery are broadly shared, in particular by Indigenous people."

The leaders called for "streamlined approval processes"and "simplified administration and reporting" for provinces.