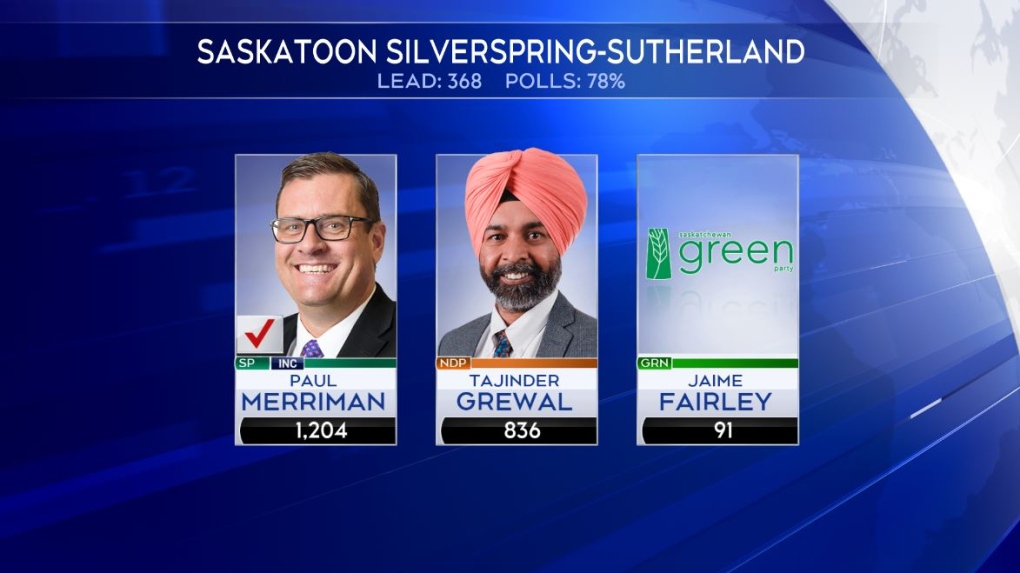 SASKATOON -- Saskatchewan Party’s Paul Merriman has been re-elected in his riding of Saskatoon Silverspring-Sutherland.

Merriman currently serves as Social Services Minister and was first elected to the Saskatchewan Legislature in 2011.

Prior to the 2011 election, Merriman was the executive director of Saskatoon Food Bank and Learning Centre.

He also worked at SaskEnergy for eight years where he helped set up province-wide salvage operation of used material.