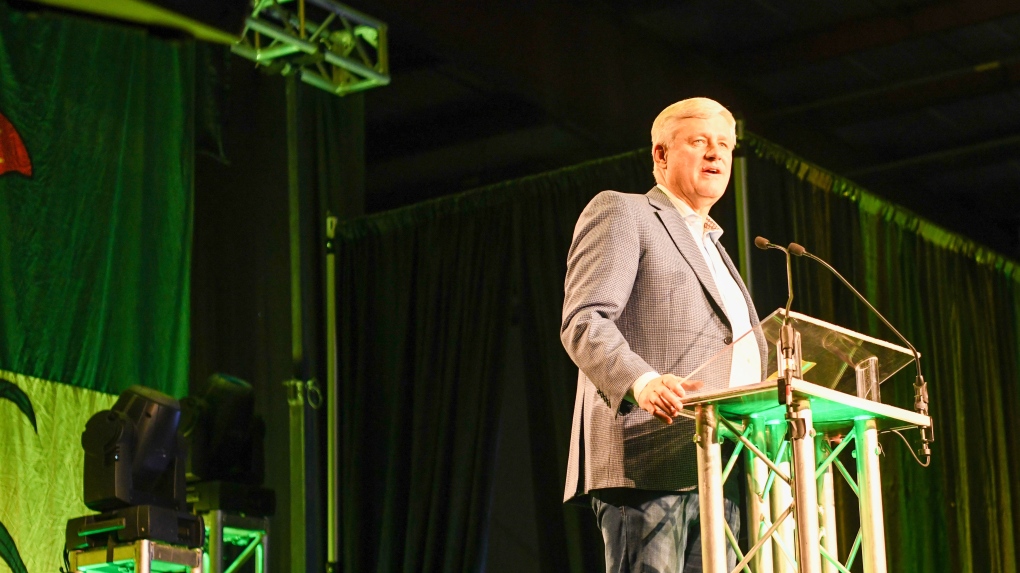 Former Prime Minister Stephen Harper was one of the guest speakers at the Sask Party 25th anniversary celebration on Aug. 6, 2022. (Sask. Party)

The Saskatchewan Party held a celebration for supporters to mark its 25th anniversary this weekend.

The event was held in the town of Davidson on August 6. More than 700 people attended the event, according to a Sask. Party news release.