Sask. NDP government would commit an immediate $50M in funding to fight COVID-19 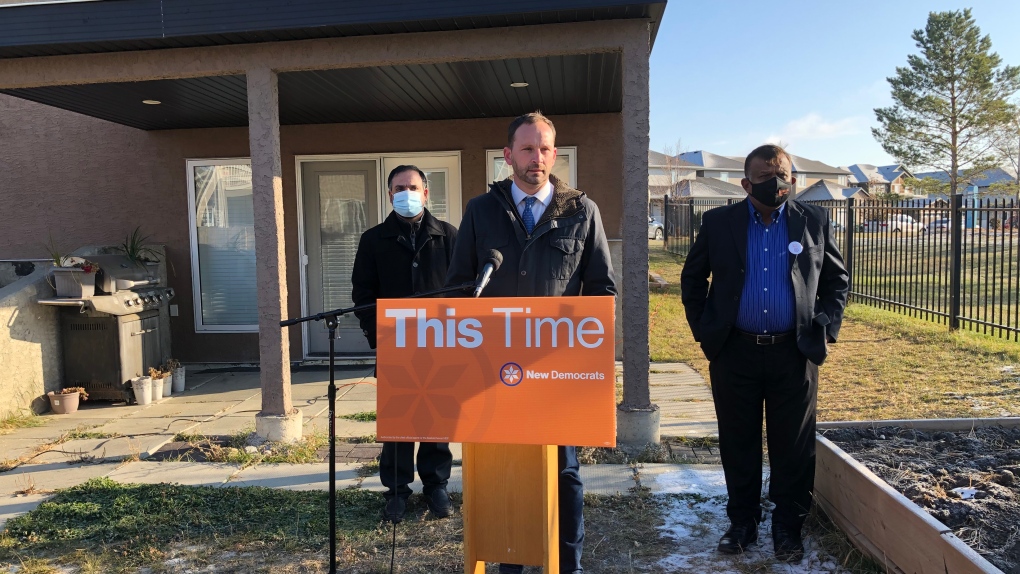 Meili says his government would provide $20 million to Saskatchewan schools, targeting schools with the largest class sizes, and within the first week would communicate with school boards to determine where the funding should go, while working with schools to figure out available spaces to reduce class sizes.

Another $20 million would immediately go towards frontline health-care staffing "Hiring more nurses, more long-term care staff, supporting our over-burdened testing sites, and bringing in more cleaning staff in long-term care, so we can avoid the outbreaks that we’ve seen in other provinces," Meili said during a Saskatoon campaign event.

“This 50 million dollar injection, mid-year injection of funding, will help us get ahead of the second wave, help us avoid the costs,” said Meili. “So that instead of dealing with a second wave that got out of control, we make the investments early, save money, save the impact on our health system and our economy, and most importantly on the lives of Saskatchewan people.”

Meili says if elected, the NDP would work directly with school divisions, the Saskatchewan Health Authority, and frontline organizations to determine the best possible targets for the funding.