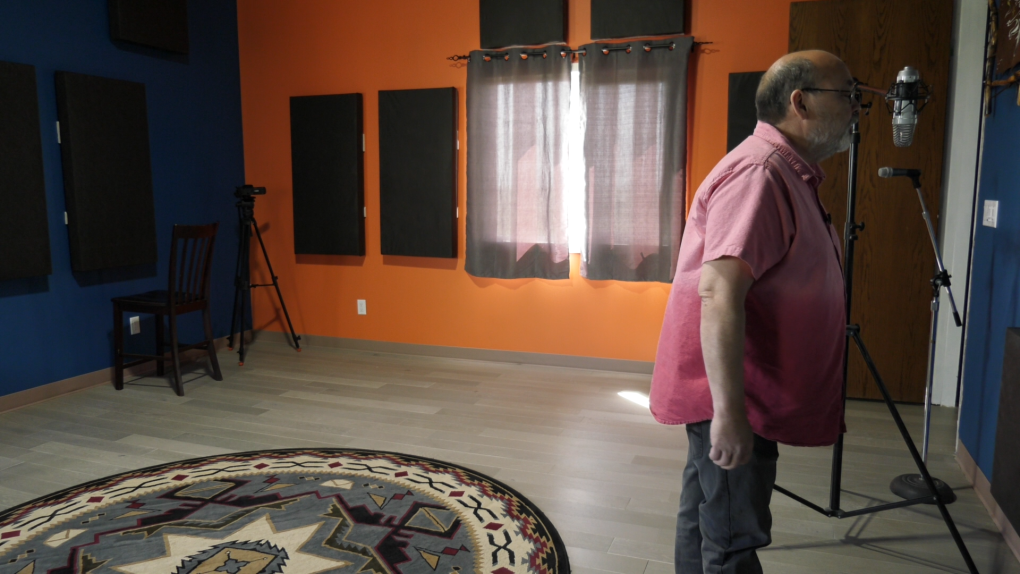 George Parker attached a studio to his home in Cando, Sask. to help provide opportunities for Indigenous artists.

The studio is fully-equipped to help artists, podcast producers and documentarians.

“It gives us a place to work under our own time constraints. The clock is not ticking for us,” said Parker, who has worked in the Indigenous music industry for 30 years.

“We’re bringing in artists who are looking at doing live shows from here and just doing continual promotion of Indigenous culture,” he said.

One of those groups booked in is rock and roll band Black Rain from Ahtahkakoop Cree Nation.

The band says having a place to record is a massive financial help.

“Money-wise the last time we recorded was then paid for by ourselves,” said Jaime Peekeekoot.

The band is looking forward to being a part of Parker’s major events but it’s not lost on them how hard it was to just book into record.

“It’s amazing having the convenience of it, years ago it was hard for us to get into a studio,” said Ryan Peekeekoot.

Launched in 2019, it was revamped in November to help promote all types of content creators such as podcast-makers and those making documentaries.

“We can go out and promote Indigenous concerts, sell tickets for live streaming,” Parker said.

Currently, the platform has been expanded to have technological capabilities of providing Indigenous education lessons, teaching Indigenous languages as well as music lessons.

“I feel it’s important to keep Indigenous music alive and in the public just with what’s going on nowadays with the residential school system. I guess it’s an opportunity for people throughout Canada and the world to realize exactly what happened to the Indigenous community,” said Parker.

In the future, Parker is looking at opening a 3200 square foot sound stage on his property to help bigger productions and also provide accommodation for artists coming to work at the studio.

Bees living in isolation have half the lifespan they did 50 years ago: study

The lifespan of lab-reared honey bees today is half of what it was fifty years ago, according to a new study, which researchers suggest could be a sign that environmental stress isn't the only factor affecting the global bee population.