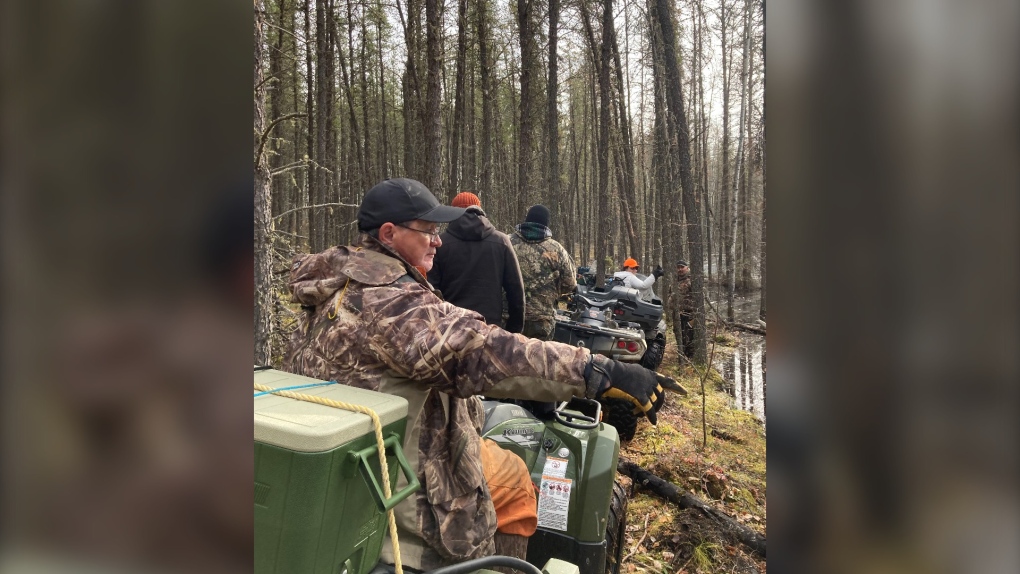 A Metis led project has completed the first phase of studies to protect 22,000 square kilometers of boreal forest in Northern Saskatchewan.

“Because we’re Metis we don’t have treaty land entitlement so we are using our trapping block that was established by the government as a boundary that we are working to protect,” said Sakitawak IPCA Manager Peter Durocher.

Durocher says the goal of the Sakitawak Indigenous Protected and Conserver Areas (IPCA) group is to preserve the N14 Fur Block from industry and development.

Like many people in Île-à-la-Crosse, Durocher is a trapper who hunts and fishes in the area for food for his family.

“Just being able to feed my family, fish once in a while, some ducks once in a while and if I’m lucky enough I’ll get a moose,” said Durocher. “Whatever you use to feed your family, that’s living off the land.”

Funding for the project’s preliminary studies is coming from Environment and Climate Change Canada under the Target I Challenge to conserve 25 per cent of land across Canada by 2025.

The program aims to meet climate change targets in a United Nations agreement.

IPCA is partnering with organizations such as Nature Canada, Ducks Unlimited Canada, and Prairie Adaptation Research Collaborative (PARC) at the University of Regina to conduct studies.

“We’re collecting numbers and data to complement what they already know about this forest,” said professor & Director of PARC David Sauchyn.

PARC traveled to Île-à-la-Crosse in July 2021 to conduct research and interview community members, elders and youth.

Core samples from trees were collected and used to determine past climate history of the area in relation to precipitation levels.

IPCA research shows the total organic carbon stores by wetlands and uplands in the N14 Fur Block is approximately 823 million tonnes; equivalent to the total annual CO2 emissions from an estimated 179 million cars.

“According to Ducks Unlimited, we've got millions of tons of carbon stored in our area, so can you imagine if we started protecting a bigger area how much of the environment we could help,” said Durocher.

Woodland Cree and Dene peoples are also part of the Sakitawak land use group. Durocher says Metis have called the area home for over 246 years.

Sakitawak is one of three IPCAs in Saskatchewan and one of four Metis projects across Canada. In Canada, there are currently 37 IPCA groups.

BREAKING | Several taken to hospital after shootout erupts at bank in Saanich, B.C.

Five people were taken to hospital and two suspects have been arrested after a shootout with police at a bank in Saanich, B.C.

Cassidy Hutchinson, a key aide in Donald Trump's White House, told the House committee investigating the violent Jan. 6, 2021, insurrection on Tuesday that Trump was informed that people rallying on the mall that morning had weapons but he told officials to 'let my people in' and march to the Capitol.

John Horgan announced Tuesday afternoon that he will step down as premier of British Columbia.

Who is Cassidy Hutchinson, the Meadows aide testifying before U.S. Congress?

The top aide to former White House chief of staff Mark Meadows who is testifying before the House select committee investigating the January 6, 2021, Capitol riot was a young, fast-rising star in the Trump administration.

Ghislaine Maxwell, the jet-setting socialite who once consorted with royals, presidents and billionaires, was sentenced to 20 years in prison Tuesday for helping the wealthy financier Jeffrey Epstein sexually abuse underage girls.

The federal Liberal government has agreed to provide sensitive cabinet documents to the inquiry examining its use of the Emergencies Act during the "Freedom Convoy" protest.

A jury at a coroner's inquest into the deaths of three women murdered by their former partner is recommending that Ontario formally declare intimate partner violence an epidemic and establish an independent commission dedicated to eradicating it.

Adults over 50 who have had COVID-19 are more likely to experience a shingles outbreak, according to a study published in May.