Sask. man who grazed RCMP officer thought he was shooting at animal: lawyer 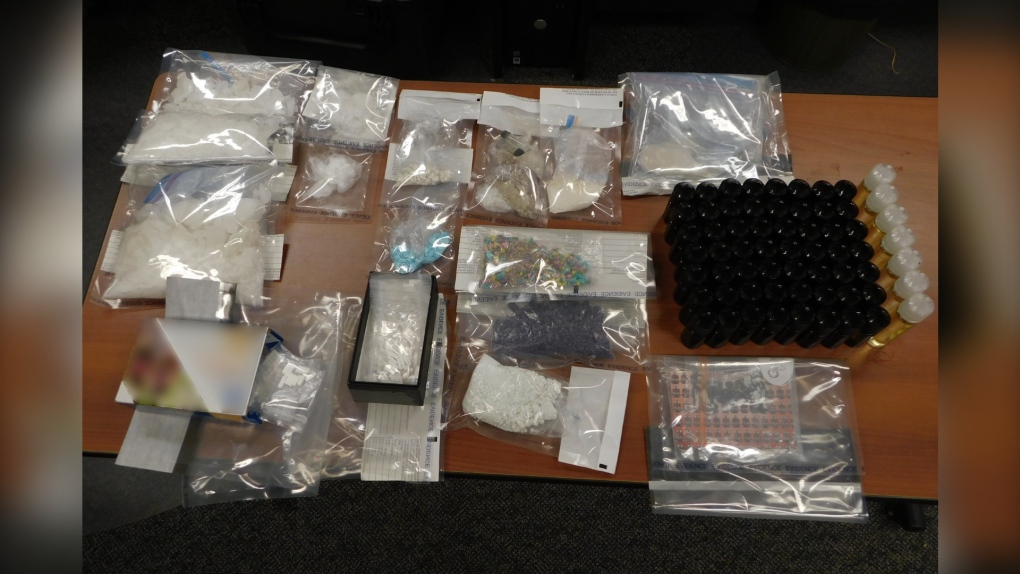 Drugs that RCMP say they found during a search warrant on May 15. (RCMP)

SASKATOON -- A Saskatchewan man who shot at police as they executed a search warrant was sentenced to seven years in prison following a guilty plea to drug and gun charges at Saskatoon Provincial Court.

On May 15, RCMP were executing a search warrant on a property in the Rural Municipality of Glenside north of Biggar as part of a drug trafficking investigation.

Mounties said shots were fired in the direction of officers and one officer sustained a non-life threatening gunshot injury.

Mitch Hutchinson, 49, was arrested and charged with numerous drug-related offences and 18 firearm charges.

He said that was appropriate as his client said he thought he was shooting at an animal.

“He took sole responsibility for everything,” Pfefferle said. “He ended up shooting and grazing an officer during the search warrant, he thought it was an animal.”

Hutchinson was sentenced to five years for trafficking and possession and two years for the firearm charges.

“A good deal and the right result for a guilty plea,” Pfefferle said.

During the search in May, RCMP said officers recovered a kilogram of methamphetamine, over 444 grams of fentanyl and 400 tabs of LSD.

Officers also recovered two money counters, over $16,000 and scales and packaging for drugs, according to RCMP.

Several weapons were also seized including a sawed-off double-barrel shotgun and a light anti-tank weapon.

RCMP said the anti-tank weapon was not in a functional state.