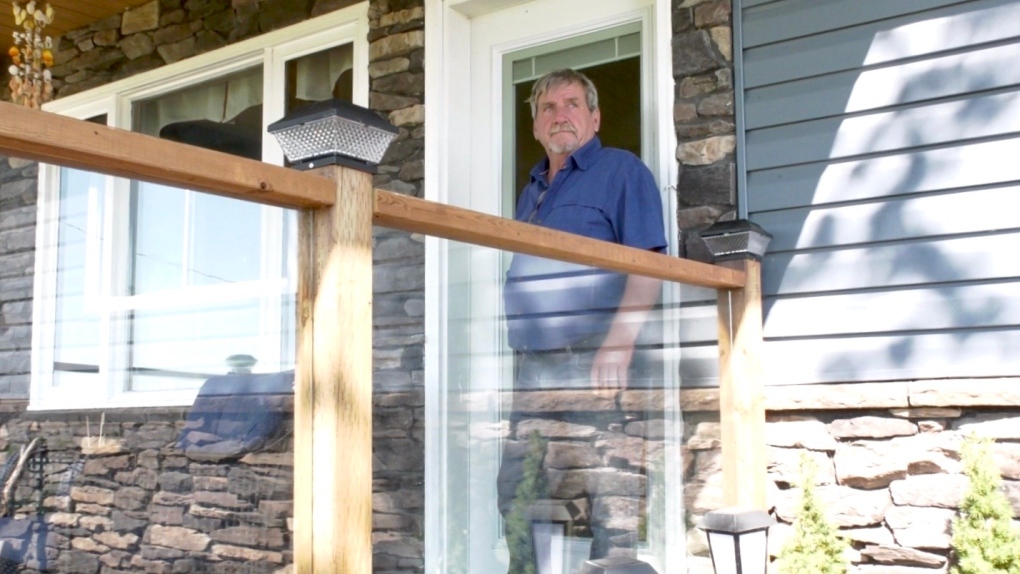 SASKATOON -- A man ordered to vacate his home or face a substantial daily fine due to a zoning issue he says he wasn't previously aware of — has been granted a temporary reprieve.

The town of Langham, Sask. has extended its eviction notice for Menno Zacharias, who previously told CTV News he was shocked when he received a letter from the town on July 16 ordering him not to reside in his home.

The notice was sent because Zacharias’ house is in an industrial zone and can’t be used as a residence, according to the town.

The home, originally built in 1983, was used as a residence for about 30 years. 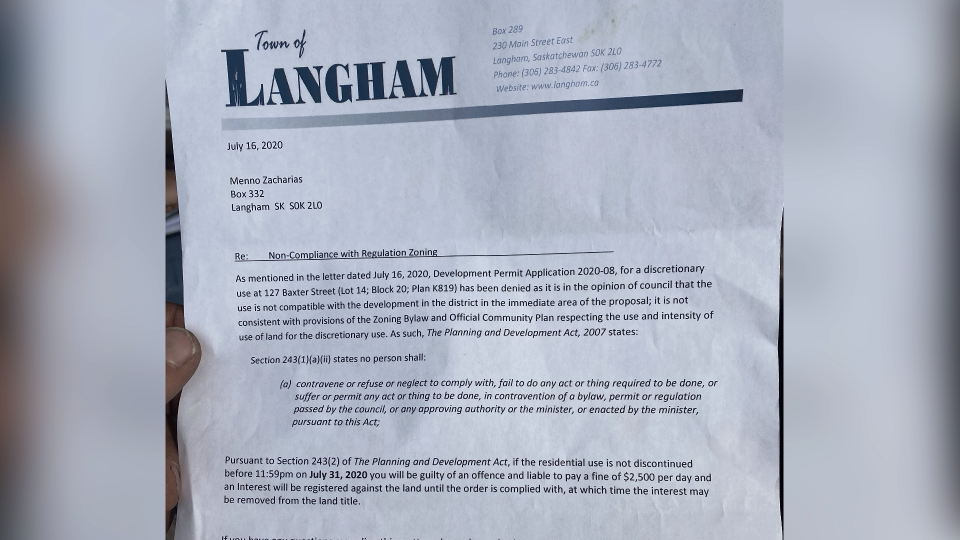 In March 2018, Zacharias — who says he's spent hundreds of thousands of dollars on the property — bought the house to live in and run part of his masonry business out of.

Zacharias said the town, real estate agent or bank never informed him it could not be used as a residence.

According to Langham's mayor John Hildebrand, the home can no longer be lived in because it sat vacant for about five years before Zacharias moved in.

“It was allowed to be as it was [residential] until it was vacant. When it was vacant, it had to be used as an industrial building,” Hildebrand told CTV News in July.

Zacharias now says he received another letter on July 23, extending the eviction notice under the Order to Remedy Bylaw. 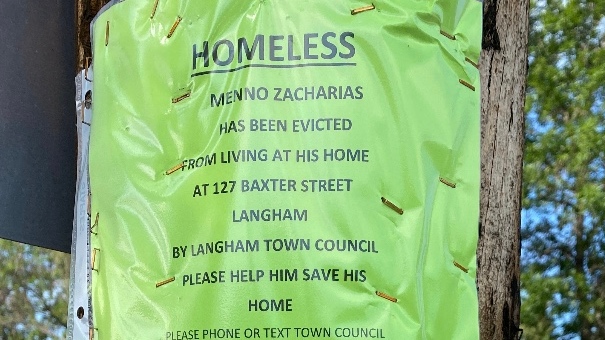 “You are being granted until August 31, 2020 to remedy the contravention, an extension of the timeline previously communicated to you.”

If Zacharias doesn’t comply, he could face a fine of $10,000 and imprisonment, the letter says.

He previously asked for the property to be rezoned as residential, but the application was denied by town council.

Langham council is now in the process of reviewing a letter sent by his lawyer, according to Zacharias.